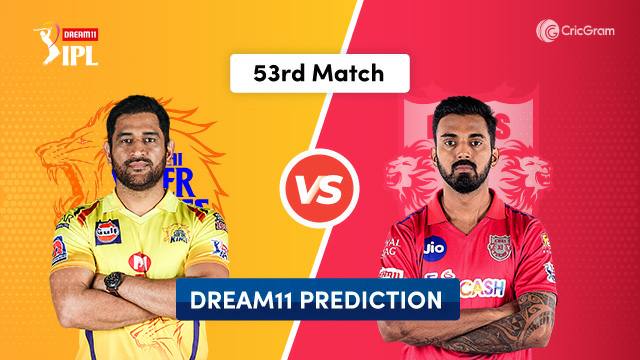 CSK after having a tough time this season have finally won two back to back matches but are still at the bottom of the points table with five wins and eight losses, and a total of 10 points.

The youngster Ruturaj Gaikwad who was out for a duck in two matches, has now hit two fifties in a row and has shown everyone that he has got a lot of talent. There are rumours that this might be the last season for Shane Watson in the IPL and that is why he got to play the final match.

At No.3, Rayudu has been doing an excellent job by scoring a fair amount of runs and reducing the pressure on the middle-order batsmen. MS Dhoni, known to finish the matches hasn’t been able to perform well and has looked out of form this season, but Ravindra Jadeja has batted brilliantly and played the role of finisher very well.

All-rounder Sam Curran has been brilliant throughout the season both with bat and ball. Deepak Chahar has looked back in form and bowling well by picking up wickets consistently in the powerplay. Lungi Ngidi bowled well in the last match and also controlled the flow of runs in the death overs.

Mitchell Santner has been playing for the past couple of matches has been performing decently and picking up wickets.

CSK has nothing to lose from this match, but if they win this, then they will be making a dent in the hopes of KXIP for qualifying for the playoffs.

After five consecutive wins, Kings XI lost a match, but they are still in the race for playoffs as they are currently at the 4th position on the points table with six wins and seven losses and a total of 12 points.

Skipper KL Rahul and Universe Boss Chris Gayle have been in tremendous form this season and have contributed most of the runs for the team. If Mayank Agarwal gets fit, then their top-order will be even stronger.

In the middle-order, Nicholas Pooran has been one of the best batsmen so far in this season with his ability to score runs quickly. Glenn Maxwell has been out of form with the bat, yet to hit a six so far this season. Deepak Hooda and Chris Jordan are also doing a decent job in the lower order.

The bowling department has also performed well this season for KXIP with players like Mohammad Shami, Chris Jordan, and Arshdeep Singh being in the pace attack of the team and have been picking up wickets consistently. The spin duo Ravi Bishnoi and Murugan Ashwin have been brilliant in the middle overs as they have picked up wickets and at the same time controlled the flow of runs.

KXIP had lost their previous match, and because of that this will be a do or die game for them, and if they lose this match, then there are very high chances that they might be eliminated from the race for playoffs.

Average 1st Innings Score: 164 (From 18 games played at this venue so far in this season)

Average 2nd Innings Score: 152 (From 18 matches played at this venue so far in this season)

The pitch has appeared to be slowed down, but still, the teams have been scoring a fair amount of runs. It is difficult to predict how the surface will behave. Chasing has appeared to be comfortable from the past few matches because of the dew factor but it is a day game game so due won’t come.

Eight out of the eighteen matches have been won by the team batting first so far this season, out of which super over decided one game.

CSK: Won 1 out of 3 games at this venue so far in this season.

KXIP: Won 0 out of 3 games at this venue so far in this season.

He is a young right-handed batsman and has been opening for the past few matches. Ruturaj batted brilliantly, scoring 72 runs from 53 balls.

He is an allrounder and is equally good with both bat and ball. Curran went wicketless and scored 13 runs in the last match.

He is a right-handed batsman and an excellent striker of the ball. Faf did not play in the last match.

He is a decent striker of the ball and plays according to the situation of the match. Rayudu batted well, scoring 38 runs in the last game.

Shane Watson is a dangerous player for any opponent as he can turn the game towards his side on the back of his brilliant batting skills. He scored 14 runs in the last match.

He is a right-arm fast bowler and bowls at a perfect pace. Ngidi bowled well in the last match picking up two wickets.

He is a right-arm fast bowler and is good at controlling the flow of runs. Deepak Chahar can also be handy with the bat when required. He was a little expensive and also went wicketless in the last match.

He is one of the top allrounders in India. R Jadeja can hit some big sixes down the order and pick up a few wickets with his spin bowling. He batted brilliantly scoring 31* runs from just 11 balls and also picked up a wicket in the last match.

He is a bowling allrounder and can also hit some big shots down the order. Santner was a little expensive in the last match, but he managed to pick up a wicket.

Dhoni is one of the best captains and finishers in the world. If he gets in the mood, then he can cause havoc in the death overs. Dhoni scored only 1 run in the last match and has looked out of form this season.

Skipper Rahul opens the innings for the team. He can play the shots right from the start of the inning and has two IPL hundreds to his name. Rahul scored 46 runs from 41 balls in the last match.

He is the most destructive batsman in the history of IPL and can cause havoc if he gets going. Gayle batted brilliantly in the last match scoring 99 runs from 63 balls.

Shami is one of the experienced bowlers for KXIP. He bowls at a good pace and is good at controlling runs in the death overs. In the last match, Shami was expensive and also went wicketless.

A left-handed wicket-keeper batsman can play destructive innings in the middle order. Pooran scored 22 runs from just 10 balls in the last match.

He is a bowling allrounder and can also be handy with the bat down the order. He was expensive but managed to pick up 1 wicket in the previous match.

He is a young right-arm leg break bowler and has impressed everyone with his performance. Bishnoi bowled well but went wicketless in the last match.

He is a left-arm fast bowler and has been consistent at picking up wickets. Arshdeep was a little expensive and went wicketless in the last match.

He is a right-arm leg-break bowler and has proved himself whenever he got a chance. Ashwin was expensive in the last match but managed to pick up one wicket.

He is a batting allrounder who can play big shots and bowl a few overs of spin. Maxwell scored only 6* runs in the last match and has looked completely out of form this season.

He is a right-handed batsman and has been opening the innings for a couple of matches. Mandeep was out for a duck in the last match.