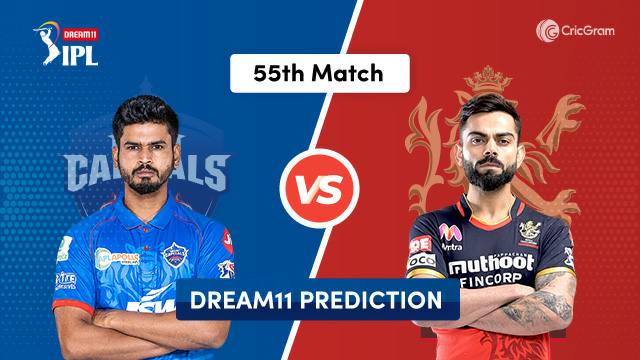 After performing brilliantly in the first half of the tournament, Delhi Capitals struggles very much in the second half. They have lost four consecutive matches and are currently at the 3rd position on the points table with seven wins and six losses and 14 points.

After scoring two back to back hundreds, Dhawan got out for a duck in two matches in a row. Except for a couple of innings, Prithvi Shaw has also looked completely out of form this season. The strongest opening pair of this season has now become the weakest among all other teams.

Skipper Shreyas who played some match-winning knocks has struggled to score runs in the past couple of matches, and the wicket-keeper batsman Rishab Pant is having a very bad season as he is not able to hit big shots and is also batting very slowly.

Marcus Stoinis and Axar Patel, who won a couple of games for DC, have been looking slightly out of form. Ravichandran Ashwin has been picking up wickets, but at the same time, he has been leaking a lot of runs.

Kagiso Rabada, the best bowler and the leading wicket-taker so far in this season, has gone wicketless for two consecutive matches. The other pacer Anrich Nortje has been bowling decently but has failed to pick up wickets at the important time.

Delhi Capitals need to win this match definitely to qualify for playoffs. If they lose this match, they also have a qualifying chance, but they need to depend on other teams’ match results.

RCB is also having a tough time in the past few matches as they have lost three consecutive games and are currently at the 2nd position on the points table with seven wins and six losses and a total of 14 points.

The Royal Challengers batting line up, which appeared to be one of the strongest earlier in the season, hasn’t been up to the mark from the past few matches. Josh Philippe, who replaced Aaron Finch as the opener, has done a decent job in the last two games.

Devdutt Padikkal has been batting well this season, but he has not given the kind of start that was expected from him. Virat Kohli has scored a good amount of runs, but he has played slowly and has not hit many boundaries this season.

ABD, known for his shot hitting abilities, has also played at a less strike rate than usual in the recent matches. The main concern for RCB would be that there are no proper batsmen in the lower middle-order, and there is no one to finish the innings for them.

Washington Sundar and Chris Morris have tried to play quick innings, but they haven’t had much success in doing so, and Gurkeerat Singh has not proven his worth even after so many chances.

The bowling department has looked much better when compared to batting this season. Yuzvendra Chahal has been the most consistent wicket-taker in the team, and he has been well accompanied by Chris Morris, who has picked up almost a wicket in every match he played.

Navdeep Saini has bowled well this season at a good pace but has been very unlucky not to pick up many wickets. Mohammad Siraj and Udana have also done a decent job according to the roles assigned to them.

Average 1st Innings Score: 164 (From 18 games played at this venue so far in this season)

Average 2nd Innings Score: 152 (From 18 matches played at this venue so far in this season)

The pitch has appeared to be slowed down, but the teams have been scoring a fair amount of runs. It is difficult to predict how the surface will behave. Chasing has appeared to be comfortable from the past few matches because of the dew factor.

Eight out of the eighteen matches have been won by the team batting first so far this season, out of which super over decided one game.

DC: Won 0 out of 3 games at this venue so far in this season.

BLR: Won 2 out of 3 games at this venue so far in this season.

Shikhar Dhawan opens the innings for DC and has two IPL hundreds to his name. He got out for a duck in the last match.

He is a right-arm fast bowler and troubles the batsmen with his pace and bounce. Rabada went wicketless in the last match.

Skipper Shreyas generally bats according to the situation of the match. He is capable of playing big shots also. In the last game, Iyer scored only 25 runs from 29 balls.

He is a right-arm fast bowler and hurries the batsmen with his pace. Nortje was expensive but managed to up 1 wicket in the last match.

He is the wicket-keeper batsman for DC and can hit some big sixes if he gets going. Rishabh Pant scored 21 runs from 24 balls in the last match.

He is a batting allrounder and can bowl a few overs of medium pace if required. In the last match, Stoinis scored only 2 runs and also went wicketless in the last match.

He is a Left-arm orthodox bowler and can also hit some big shots. Axar did not play the last match.

He is a right-arm off-break bowler and can also be handy with the bat down the order. Ashwin bowled well but went wicketless in the last match.

This young right-handed batsman opens the innings along-side Shikhar Dhawan. Shaw is an explosive batsman and tends to play big shots right from the start. He scored only 10 runs in the last match.

One of the best batsmen in the world, skipper Virat will be playing at NO.3 for RCB. He is the highest run-getter so far in the history of IPL and has five centuries to his name.

Kohli scored only 7 runs from 7 balls in the last match. He is very good Captain choice in DC vs BLR Dream11 Team.

He is a right-arm leg-spin bowler. Chahal is an excellent bowler in the T20 format and troubles the batsmen with his wrong-uns. He bowled well in the last match, picking up two wickets.

This 20-year-old left-handed batsman has got a lot of talent. Padikkal scored only 5 runs in the last match.

Mr.360, who can play shots to any corner of the ground and will be important in the middle order. AB scored 24 runs in the last match.

He is an allrounder who is equally good with both bat and ball. Morris will play a crucial role in the lower middle order with the bat. He scored 3 runs and went wicketless in the last match.

He is a young right-handed batsman and opened the innings for RCB in the last match. Josh batted well, scoring 32 runs.

He is a right-arm fast bowler and has been bowling brilliantly this season. In the last match, Siraj went wicketless.

He is a bowling allrounder and can play some big shots down the order. Sundar scored 21 runs and bowled well, picking up 1 wicket in the last match.

He is a left-arm medium-fast bowler and is mostly known for his slower deliveries. Udana bowled well, picking up 1 wicket in the last match.

He is a right-arm fast bowler and made his debut last season. Saini has a lot of talent and can be a good pick for RCB. He was very expensive but managed to pick up 1 wicket in the last match.

Finch is playing for RCB for the 1st time in IPL. He did not play the last match.

It is a risky match for Small Leagues, It is very good to play only Grand Leagues on Dream11.