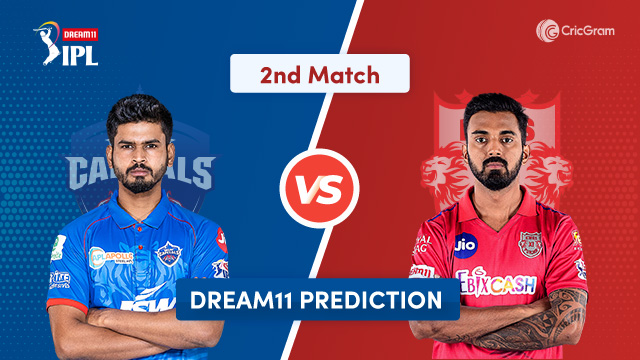 The Delhi Capitals always had a good squad, but they haven’t been able to win the trophy for some reason.

In the least season, they performed well and finished at the 3rd position on the points table. They have a perfect mixture of young Indian talent alongside some senior Indian and foreign players this year. Match winners like Shikhar Dhawan, Rishab Pant, Shreyas Iyer in the batting, and Ravichandran Ashwin, Kagiso Rabada, will be key players bowling department.

Kings XI also had a lot of ups and downs in the past 13 seasons. They had some great seasons and some terrible seasons. In one of the seasons, they almost went on to win the trophy, but they had to face disappointment. Even in the last season, they started well but couldn’t continue the momentum and ended their season at the 6th position on the points table.

But this year, with the addition of new players in the squad, it appears to be one of the strongest teams and would be hoping to turn their fortunes.

The pitch here is considered very good for batting, and we can see a high scoring game at this venue. There is a little help for the spinners here, but the team winning the toss would want to bowl first as the due becomes a significant factor in the 2nd innings.

Shikhar Dhawan opens the innings for DC and is a good striker of the ball. He is a player of a big inning.

This young right-handed batsman opens the innings along-side Shikhar Dhawan. Shaw is an explosive batsman and tends to play big shots right from the start.

Skipper Shreyas generally bats according to the situation of the match. He is capable of playing big shots also.

He is the wicket-keeper batsman for DC. Rishab can cause havoc if he gets going and can play the role of finisher very well.

He is a right-arm spinner bowler and one of the experienced players in the team. Ashwin can also be handy with the bat down the order.

He is a right-arm fast bowler and troubles the batsmen with his pace and bounce. Rabada has been consistently picking up wickets for DC.

He is a right-arm leg-spin bowler and is the most experienced player in the team. Amit Mishra is good at bowling the googly and consistently picks up the wickets.

Skipper Rahul opens the innings for the team. He can play the shots right from the start of the inning and has an IPL hundred to his name. He is best Captain choice of Delhi Capitals vs Kings XI Punjab Dream11 Team.

He is a decent striker of the ball and plays according to the situation of the match. Agarwal looked in the right touch in the previous season and would probably continue the form this season.

A left-handed wicket-keeper batsman can play stormy innings. He played 7 matches in IPL and scored 168 runs.

Maxwell is an all-rounder but is mostly known for his batting skills. He has a strike rate of over 160 in IPL, and if required, he can bowl a few overs of spin.

He is a bowling all-rounder and can also play handy knock down the order. Jordan has appeared to be in good form in the recent series against PAK and AUS.

Shami is one of the experienced bowlers for KXIP. He bowls at a good pace and is good at controlling runs in the death overs.

He is a right-arm off-spinner and is mostly known for his googly. Mujeeb had performed well in the recently concluded CPL in West Indies. Mujeeb Rahman is very good to pick in KXIP vs DC Dream11 Team.

He is the most destructive batsman in the history of IPL. Gayle will be opening the innings alongside Rahul. He has scored the most number of IPL hundreds.