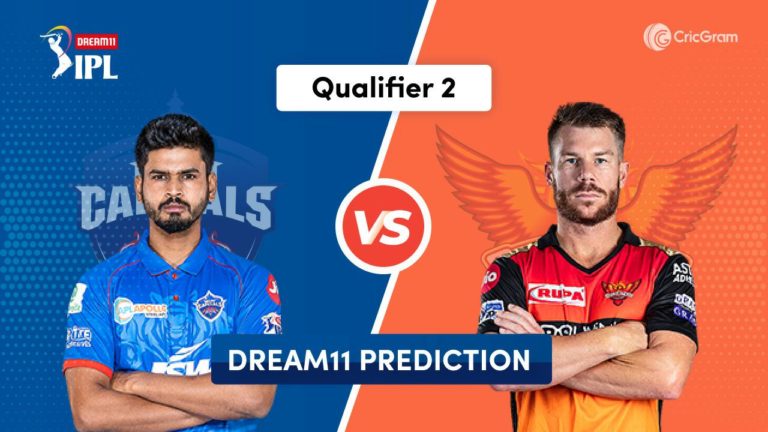 Delhi Capitals appeared to be back in form as they won their last league match very comfortably but that was not that the case in the 1st Qualifier. They were completely outplayed by Mumbai Indians and were defeated by 51 runs.

The opening pair of DC has been struggling a lot from the last few matches. Dhawan has been out for a duck in the last 3 out of 5 matches and Shaw has not been able to score runs in double digits in most of the season.

Except for one match where he scored a fifty, Ajinkya Rahane has also looked out of form this season. Skipper Shreyas Iyer who batted brilliantly in the first half of the season has not been able to play the same way in the second half. The explosive wicket-keeper batsmen Rishab Pant has been silent throughout the season this time.

The left-arm bowler Daniel Sams who came into the playing XI in place of Shimron Hetmyer has not been able to do much. The all-rounders Marcus Stoinis and Axar Patel have been brilliant so far in this season and they played well in the last match scoring 65 runs and 42 runs respectively.

Ravichandran Ashwin and Axar Patel have been doing a brilliant job as the spin department of the team as they have picked up wickets at important times. The pace attack which was considered to be one of the strongest this season has fallen flat towards the end.

Kagiso Rabada has been struggling to pick up wickets from the last 3-4 matches and Anrich Nortje has also been hit for many runs.

Delhi Capitals which was considered to be one of the strongest teams this season hasn’t been able to perform well recently. They still have the players who can win the match for them but the problem is they are looking out of form but we can still hope that DC can win this match.

Sunrisers are looking in tremendous form as they have won four matches in a row and have qualified for the second qualifier. They played well and came out on top in the nail-biting Eliminator against RCB.

Skipper David Warner opens the innings for SRH and has been the most consistent player for them across the seasons. Saha’s injury might be an area of concern for the team as he was looking in good form and was scoring runs from the top.

At No.3 Manish Pandey has batted decently so far in this season and has also taken his team over the line in a couple of matches. In the middle-order, Mr.Cool Kane Williamson has been batting brilliantly and was the major reason for SRH’s victory in the Eliminator.

The injury for Mitchell Marsh has been a blessing in disguise for SRH as they found Jason Holder who has been very good with both bat and ball so far this season. The youngster’s Priyam Garg and Abdul Samad need to improve their game and should be able to play under pressure as it won’t be easy in the playoffs.

The spin attack has been brilliant as both Rashid Khan and Shahbaz Nadeem have been brilliant in the middle overs by controlling the flow of runs and at the same time picking up crucial wickets.

Sandeep Sharma in the power play and Natarajan in the death overs have been bowling consistently well by picking up wickets and they have been accompanied by Jason Holder who has picked up wickets in almost every match.

Although SRH has won four consecutive matches, they still have their limitation in batting and bowling and if the opposition takes advantage of them then it won’t be easy for SRH to win the qualifier.

Average 1st Innings Score: 162 (From 21 games played at this venue so far in this season)

Average 2nd Innings Score: 151 (From 21 matches played at this venue so far in this season)

The pitch has appeared to be slowed down, but the teams have been scoring a fair amount of runs. It is difficult to predict how the surface will behave. Chasing has appeared to be comfortable from the past few matches because of the dew factor.

Thirteen out of the Twenty One matches have been won by the team batting second so far this season, out of which super over decided one game.

He is a right-arm fast bowler and troubles the batsmen with his pace and bounce. Rabada was expensive and went wicketless in the last match.

Shikhar Dhawan opens the innings for DC and has two IPL hundreds to his name. He was out for a duck in the last match.

He is a right-handed batsman and is a decent striker of the ball. He was out for a duck and has looked out of form this season.

Skipper Shreyas generally bats according to the situation of the match. He is capable of playing big shots also. In the last game, Iyer scored only 12 runs.

He is a right-arm fast bowler and hurries the batsmen with his pace. Nortje was very expensive but managed to pick up a wicket in the last match.

He is a batting allrounder and can bowl a few overs of medium pace if required. In the last match, Stoinis batted well scoring 65 runs and also picked up 1 wicket.

He is the wicket-keeper batsman for DC and can hit some big sixes if he gets going. Rishabh Pant scored 3 runs in the last match and has looked out of form this season.

He is a Left-arm orthodox bowler and can also hit some big shots. Axar batted well scoring 42 runs but went wicketless in the last match.

He is a right-arm off-break bowler and can also be handy with the bat down the order. Ashwin bowled brilliantly, picking up three wickets in the last match.

He is Left-arm fast-medium bowler and right-handed batsman. Daniel was very expensive and also went wicketless in the last match.

Skipper Warner is the first batsman to score fifty half-centuries in the history of IPL. He scored 17 runs in the last match.

He is a wicketkeeper-batsman and a decent striker of the ball. W Saha did not play the last match.

He generally bats in the middle order and is known for playing according to the match’s situation. Pandey scored 24 runs in the last game.

He is a bowling allrounder. Holder bowled well, picking up 3 wickets, and also scored 24* runs in the last match.

He is a right-arm leg spinner and is consistent in picking up wickets. Rashid is also very good at controlling the flow of runs. He bowled well but went wicketless in the last match.

He is a right-handed batsman and is an outstanding batsman in the middle order. Williamson batted well scoring 50* runs in the last match.

He is a left-arm medium-fast bowler and is picking wickets consistently for SRH. Natarajan bowled well picking up 2 wickets in the last match.

He is a right-arm fast bowler and troubles the batsmen with his swing. Sandeep bowled well but went wicketless in the last match.

He is a left-arm orthodox bowler and has brilliantly so far this season. Shahbaz bowled well but went wicketless in the last match.