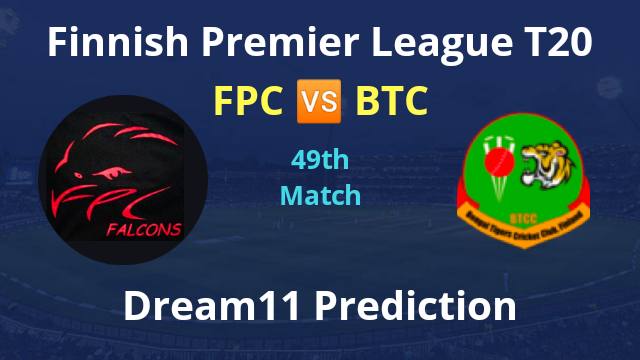 FPC batting unit is struggling with the reduced form at the moment. Their poor run with the bat continued against SKK, in which the whole team got dismissed for a score of 70 runs in 8 overs. It has become a big headache for FPC as their star players like Aqib Qureshi, Muhammad Aqeel have failed to attain consistency in their batting.

Meanwhile, their bowlers are not the way ahead in terms of performance. They have not done an up to the marking job in their department till now. However, it will be a new day and a new game for FPC’s players, who will have to come out with an improved effort against BTC on Sunday.

BTC suffered a significant loss in the last outing against Gym Helsinki Gymkhana by 46 runs. They lost that game due to their bowlers’ poor bowling, followed by poor batting by the batsmen while chasing the target. They will soon have to fill the voids; otherwise, they will have to get ready for another setback against FPC.

In batting, they have the services Muhammad Imrul Abedin, Shahed Alam, and Nurul Huda, and they will have the responsibility to go big against FPC’s bowling unit. They will have to take charge against the opponent from the word go to send FPC at backfoot in the match. While chasing the target, they are expected to show some composure to minimize the chances of mistake.

Bilal Khan will be a favorite hot pick for a fantasy team as far as his form with bat and ball is concerned. He is a ferocious batsman that can smack bowlers for boundaries from the word go. Also, he is equivalent effective with the ball due to which he has taken 12 wickets for FPC.

He is a match-winning all-rounder, who is playing at his best in this Finnish Premier League 2020. Nadeem can well contribute with bat and ball that can win his side any crucial game.

He is a brilliant player known for contributing with bat and ball. Adil Khan will be a crucial player when FPC takes the field against BTC.

He is an immensely talented batsman, who has got good starts in the tournament with his bat. But, he failed to convert them into big scores. However, who knows that against BTC will be one of the good days with willow.

He scored 119 runs so far this season.

He is a middle-order batsman from FPC, who has played small but vital knocks for his team, The management would be expecting him to come out all guns blazing in the next game.

He is a brilliant batsman who can play an essential role in a fantasy team in the upcoming match.

Huda didn’t play in the last game for unknown reasons. But, he is in prolific form with ball and bat. So far, Nurul has muscled 144 runs, and that makes him the leading run-scorer for BTC. While in bowling, he has taken 6 wickets that makes him a great fantasy pick.

He will be a vital player to pick in a fantasy team from Bengal Tiger CC. Shahed has performed well in very few chances that he got in this season. Also, he came out with a brilliant display for BTC.

Tonmoy Kumar Saha is currently the leading wicket-taker for BTC in the ongoing tournament. Meanwhile, he is also swashbuckling batsmen who come out to bat in the middle order. He is going to be a man for BTC against GHG.

Belayet Khan is currently one of the in-form all-rounders in the dugout of BTC. If he gets going, then it becomes tough for the opponent to restrict him while batting. On the other hand, he can grab some wickets as well.

Sardar ended as the leading run-scorer for BTC against GHG. He mustered 29  runs off 26 balls and displayed his batting skills. On the other hand, it is known that he is an excellent bowler as well. He will be a crucial all-rounder for BTC if Nurul Huda doesn’t get picked in the next game.

In the last outing, he took two crucial wickets of top-order batsman against GHG. Although his side lost the game, he impressed everyone with his sharp skills. He will be a crucial bowler for BTC in the next outing.

He has done brilliantly as an opener for BTC in this edition. At the moment, he is the second leading run-scorer for his side. He will look to continue with the same against FPC.

He is an extremely talented batsman who can win any game for BTC. He has played some excellent knocks as well in this tournament. And, he might come out with a good one against FPC.