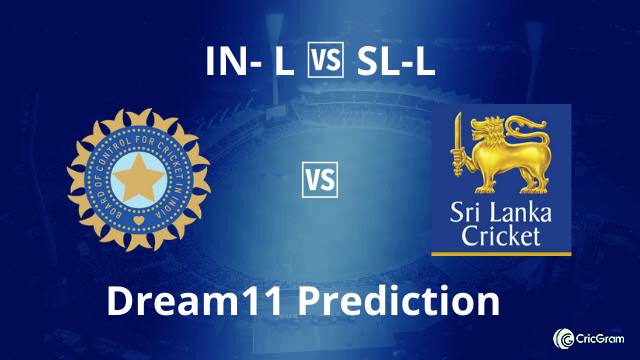 The India Legends performed very well as they lost only one match and finished the league stage at the table’s top. The Semi-Final put up a brilliant performance with the bat and won the game by 12 runs.

The two legends of Indian cricket, Sachin and Sehwag, have been opening the innings for Indian Legends and giving a brilliant start consistently throughout the tournament. Kaif has been batting decently at No.3 but has been slow in his approach.

Yuvraj Singh struggled to score runs in the initial matches but smashed the bowlers from the last two games. And with Yousuf Pathan, Irfan Pathan, and Gony in the lower-order, the batting unit looks very strong.

Munaf Patel has been the leading wicket-taker in the bowling department but has been struggling to pick up wickets from the last two matches. Vinay Kumar and Irfan Pathan have also contributed well to the pace attack. Yusuf Pathan and Pragyan Ojha have been handling the spin department and picked up crucial wickets in the tournament.

India Legends are looking in good form, and there are very high chances that they might win the title.

The Sri Lanka Legends have also performed well alongside India and finished at the 2nd position on the points table after the league stage. They won the semi-final comfortably by eight wickets.

Skipper Dilshan has been in tremendous form throughout the tournament, both with the ball and bat. He is the leading run-scorer as well as the leading wicket-taker. Sanath Jayasurya has been opening the innings along with Dilshan but has been struggling to score runs.

At No.3, Uppal Tharanga has been batting consistently, continuing the skipper’s excellent opening and stabilizing the innings. The middle-order has some good players like Jayasinghe, Chamara Silva, Weeraratne, and Arnold, but they haven’t contributed much with the bat.

Nuwan Kulasekara and Rangana Herath have been bowling well and are the leading wicket-takers for the team. Mahroof and Jayasruya have also contributed well by picking up wickets at some crucial times.

Sri Lanka needs to work on their middle-order if they want to win against India’s strong side in the Finals.

(The average score is based upon the thirteen matches played so far at this venue.)

The pitch here is generally considered suitable for batting, and there have been some very close games here at this venue. Bowlers have a slight advantage in the first innings, but it becomes easier for the batsmen to score runs as the game progresses.

The chasing team has won 9 out of the 13 matches so far this season.

If there is some news regarding any player, then it will be updated.

He has been the same opener who plays aggressively right from the start of the innings and has two fifties in this tournament. Sehwag scored 35 runs from just 17 balls in the last match.

Master-Blaster Sachin Tendulkar is leading the team and also opens the innings. He batted very well in the last match scoring 65 runs.

He is an all-rounder but is mainly known for his ability to hit big sixes. Yuvraj scored 49* runs from just 20 balls in the last match.

He generally bats in the lower middle-order and can perform the role of finisher very well. Yusuf scored 37* runs from 20 balls but went wicketless in the last match.

Irfan Pathan has been doing the role of all-rounder very well in the team. In the last match, he was expensive but managed to pick up a wicket.

He is a Right-arm fast-medium bowler and He can also bat in lower order.

He is a right-arm fast bowler and bowls at a decent pace. Vinay Kumar managed to pick up 2 wickets in the last match.

He is a right-arm medium-fast bowler and has been picking up wickets consistently this tournament. Munaf has been wicketless from the last two matches.

Ojha is a left-arm orthodox bowler and will be leading the spin attack of the team. He bowled well, picking up a wicket in the last match.

Skipper Dilshan is an all-rounder who is equally good with both bat and ball. He scored 18 runs and went wicketless in the last match. T Dilshan is best Captain choice in IN-L vs SL-L Dream11 Fantasy Team.

He is the wicket-keeper batsman of the team and generally bats at No.3. Tharanga scored 39* runs but was slow in his approach.

Jayasuriya is a left-handed batsman and opens the innings along with Dilshan. He scored 18 runs and managed to pick up one wicket in the last match.

Kulasekara is a right-arm medium-fast bowler and is known for his swing bowling. He bowled brilliantly in the last match, picking up five wickets for 25 runs.

He is a left-arm orthodox bowler and leads the spin attack of the team. Herath went wicketless in the last match.

He is a bowling all-rounder and can be handy with the bat down the order. Maharoof managed to pick up a wicket in the last match.

He is a batting all-rounder and generally bats in the middle-order. Jayasinghe scored 47* runs from just 25 balls in the last match.

It is a risky match for small league so It is good to play only Grand Leagues.