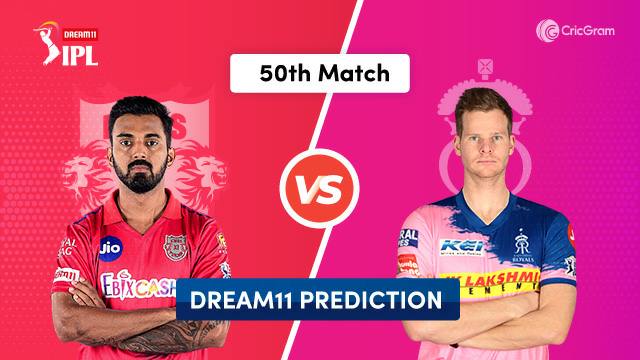 The Kings XI have made a strong comeback in the race for playoffs by winning five consecutive matches and are currently at the 4th position on the points table with six wins and six losses and a total of 12 points.

The batting department has appeared to be in perfect touch as KL Rahul has been consistently scoring runs from the top and is the leading run-scorer so far in this season. Mayank has faced an injury and has been not playing for the past couple of matches.

Universe Boss Chris Gayle has been fortunate for KXIP as they have won all the matches that he has played so far in this season. The middle-order has also looked good with players like Nicholas Pooran, Glenn Maxwell, Deepak Hooda, and Chris Jordan. Their main concern would be Maxwell who has struggled a lot and completely looked out of form this season.

Bowlers have stepped up their game from the past few matches and have played a significant role in the victory for KXIP. Shami has been the star bowler in the squad so far in this season, and he has been very well accompanied by youngster Arshdeep Singh and the bowling allrounder Chris Jordan.

Both the leg-spinners Ravi Bishnoi and Murugan Ashwin have been bowling brilliantly in the middle overs and picking up crucial wickets.

KXIP is looking in excellent form, and if they continue to play the same way, then there are chances that they can even get into Top 2 of the points table.

Rajasthan Royals are having a tough time this season as they are currently at the 7th position on the points table with five wins and seven losses and 10 points.

Ben Stoke played brilliantly in the last match, scoring an unbeaten hundred and lead his team to victory. Finally, the batsmen are looking in the right touch, which will be an excellent advantage for the team because most of the matches that they have lost are due to failure in their batting.

Robin Uthappa is also striking the ball well but hasn’t been able to play a big inning so far, and Sanju Samson has also looked back in form by the way he played in the last match. In the middle-order, Steve Smith has been batting decently but has been playing very slowly.

At NO.5 Jos Buttler has been doing his role correctly as a finisher. Riyan Parag and Rahul Tewatia along with Jofra Archer in the lower middle order add a lot of batting depth to the team.

Jofra Archer has been brilliant with the ball and has picked up most wickets in his team. He has been accompanied by the young Kartik Tyagi who has been expensive on some occasions but has also picked up wickets consistently. The third fast bowler has been an area of concern for Rajasthan.

Both the leg-spinner Shreyas Gopal and Rahul Tewatia have done a decent job for RR but haven’t been able to pick up many wickets.

Rajasthan Royals still have a chance to qualify for playoffs if they win both their remaining matches, but if they lose this match, they would be officially out of the race for playoffs.

Average 1st Innings Score: 163 (From 17 games played at this venue so far in this season)

Average 2nd Innings Score: 150 (From 17 matches played at this venue so far in this season)

The pitch has appeared to be slowed down, and there were low scoring matches. Before the last game, a couple of matches have been high scoring games. It is difficult to predict how the pitch will behave. Chasing has appeared to be easy from the past few matches because of the dew factor.

Eight out of the seventeen matches have been won by the team batting first so far this season, out of which super over decided one game.

KXIP: Won 0 out of 2 games at this venue so far in this season.

RR: Won 2 out of 4 games at this venue so far in this season.

Skipper Rahul opens the innings for the team. He can play the shots right from the start of the inning and has two IPL hundreds to his name. Rahul scored 28 runs in the last match. He is very good Captain choice in KXIP vs RR Dream11 Team.

Shami is one of the experienced bowlers for KXIP. He bowls at a good pace and is good at controlling runs in the death overs. In the last match, he bowled brilliantly, picking up three wickets.

He is the most destructive batsman in the history of IPL and can cause havoc if he gets going. Gayle batted brilliantly in the last match scoring 51 runs from 29 balls.

A left-handed wicket-keeper batsman can play destructive innings in the middle order. Pooran scored 2* runs in the last match.

He is a batting allrounder who can play big shots and bowl a few overs of spin. Maxwell was expensive but managed to pick up 1 wicket in the last match.

He is a bowling allrounder and can also be handy with the bat down the order. He bowled brilliantly, picking up 2 wickets for 25 runs in the previous match.

He is a young right-arm leg break bowler and has impressed everyone with his performance. Bishnoi bowled well, picking up 2 wickets for 20 runs in his 4 overs which included one maiden in the last match.

He is a left-arm fast bowler and has been consistent at picking up wickets. Arshdeep went wicketless in the last match.

He is a right-arm leg-break bowler and has proved himself whenever he got a chance. Ashwin bowled well in the last match picking up one wicket.

He is a right-handed batsman and has been opening the innings for a couple of matches. Mandeep batted well scoring 66* runs from 56 balls in the last match.

He is one of the top allrounders across the globe and has two IPL hundreds to his name. Ben Stokes batted extraordinarily scoring 107* runs from 60 balls in the last match.

He is a right-arm fast bowler and can be handy with the bat down the order. In the last match, Jofra bowled well, picking up 2 wickets.

He bats at No.3 for RR and is a good striker of the ball. Samson batted decently, scoring 54* runs in the last match, and is looking back in form.

He is a right-handed batsman and bats according to the situation of the match. Steve Smith did not get to bat in the last game.

He bats in the middle order and can play shots from the start. Buttler did not get to bat in the last match.

He is an allrounder and equally good with both bat and ball. Tewatia bowled well but went wicketless in the last match.

He is a right-arm leg-break bowler and troubles the batsmen with his googly. In the last match, Gopal bowled well picking up 2 wickets.

He is a 19-year-old right-arm fast bowler and has made his debut this season. Tyagi was very expensive in the last match but managed to pick up 1 wicket.

Robin Uthappa has started opens for the RR. He scored 16 runs in the last match.