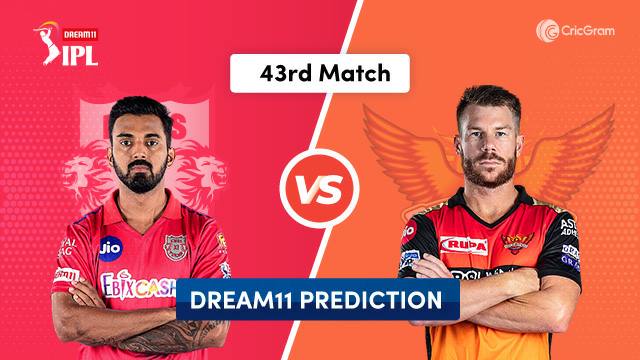 The Kings XI have made a strong comeback in the race for playoffs by winning 3 consecutive matches and are currently at the 6th position on the points table with four wins and six losses and a total of 8 points.

The batting line up looks impenetrable with batsmen like KL Rahul, Mayank Agarwal, Chris Gayle, and Nicholas Pooran. All four of them have appeared to be in good form and have played brilliant innings in the last three matches.

In the middle-order, Maxwell seemed to be in good rhythm in the last match, and Deepak Hooda, Jimmy Neesham, has also performed decently in the lower middle order for KXIP. With all the batsmen coming back to form, the team looks even more vital.

Shami has been excellent with the ball and picking up wickets consistently in every match, and he has been accompanied by young Arshdeep Singh, who has been bowling equally good with Shami. Both spinners Murugan Ashwin and Ravi Bishnoi have played a crucial role by picking up wickets at critical times.

They have won the matches over the strongest teams already, and if KXIP keeps performing like this in every game, they have a perfect chance of qualifying for playoffs.

Sunrisers also made a good comeback in the race for playoffs by winning the last match and are currently at the 5th position on the points table with four wins and six losses and a total of 8 points.

David Warner has appeared to be struggling to score runs freely and to hit big shots, and so has been Jonny Bairstow from the past few matches. Manish Pandey is back in form as he played brilliantly in the last game and took his team over the line, and he was accompanied by all-rounder Vijay Shankar who made a good partnership with Manish Pandey.

Jason Holder played in place of the injured Williamson and has been impressive in his 1st match as he picked up two wickets. Rashid Khan and Natarajan have been the wicket-takers for SRH in most of the games.

The youngsters Priyam Garg and Abdul Samad need to step up now and play match-winning knocks if required; otherwise, it will be tough for SRH to qualify for playoffs. Sandeep Sharma is a little expensive, which should be minimized, and either of Khaleel Ahamed/Basil Thampi needs to bowl well.

SRH still needs to improve in both their batting and bowling departments to keep their hopes alive to qualify for playoffs.

Average 1st Innings Score: 174 (From 18 games played at this venue so far in this season)

Average 2nd Innings Score: 154 (From 18 matches played at this venue so far in this season)

Anything over 160 in the 1st innings can be considered to be a fighting total. A total of 18 matches have been played here so far in Dream11 IPL 2020. The team batting first has won 12 games, out of which super overs decided three games.

Skipper Rahul opens the innings for the team. He can play the shots right from the start of the inning and has two IPL hundreds to his name. Rahul scored 15 runs in the last match. He is very good Captain choice in KXIP vs SRH Dream11 Team.

He is a decent striker of the ball and plays according to the situation of the match. Agarwal scored only 5 runs in the last game.

He is the most destructive batsman in the history of IPL and can cause havoc if he gets going. Gayle batted decently in the last match scoring 29 runs.

A left-handed wicket-keeper batsman can play destructive innings in the middle order. Pooran scored 53 runs from just 28 balls in the last match.

Shami is one of the experienced bowlers for KXIP. He bowls at a good pace and is good at controlling runs in the death overs. In the last match, he bowled brilliantly, picking up two wickets.

He is a batting all-rounder who can play big shots and bowl a few overs of spin. Maxwell has looked out of form this season but played well in the last match by picking up 1 wicket and also scored 32 runs.

He is a right-arm medium bowler and can be handy with the bat in the lower middle order. He bowled 2 overs and took 1 wicket in the previous match.

He is a left-arm fast bowler and has been consistent at picking up wickets. Arshdeep was expensive and also wicketless in the last match.

He is a young right-arm leg break bowler and has impressed everyone with his performance. Bishnoi went wicketless in the last match.

He is a right-arm leg-break bowler and has proved himself whenever he got a chance. Ashwin bowled well in the last match picking up 1 wicket.

He opens the innings for SRH along with Warner and made his debut last season. Bairstow scored just 10 runs in the previous match.

Skipper Warner is one of the best batsmen in the history of IPL. He scored only 4 runs in the last match.

He generally bats in the middle order and is known for playing according to the match’s situation. Pandey batted brilliantly, scoring 83* runs in the last game.

He is a right-handed batsman. Williamson did not play the last match.

He is a bowling all-rounder. Holder bowled well, picking up three wickets in his first match.

He is a right-arm leg spinner and is consistent in picking up wickets. Rashid is also very good at controlling the flow of runs. He picked up 1 wicket in the last match.

He is a left-arm medium-fast bowler and is picking wickets consistently for SRH. In the last match, Natarajan was expensive and also went wicketless.

He is a batting-allrounder and can bowl medium pace when required. Shankar batted well, scoring 52* runs, and picked up 1 wicket in the last match.

He is a batting-allrounder and can bowl a few overs of spin. Samad did not get to bat or bowl in the last match.