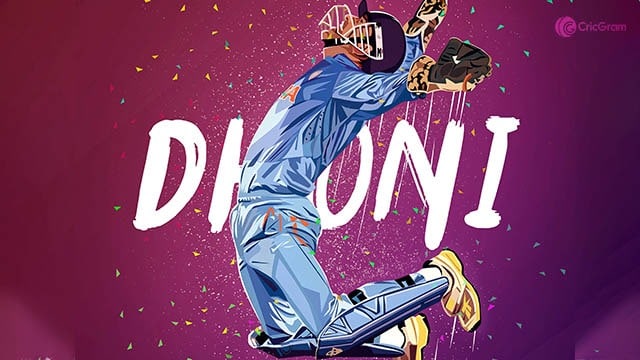 Mahendra Singh Dhoni- is not just one another name in the field of cricket but a man who is preached like a god by cricket lovers all over the world. This small town Ranchi boy, Who once used to be a goalkeeper of his school football team is today one of the most amazing cricket players, The world has ever encountered.

Popularly known as Mahi among his fans, MS is a player who has raised the bar of cricket in India. For most people, watching cricket means watching MS Dhoni. Every cricket gully boy, who dreams of playing for team India, looks to MS and his very famous Helicopter shot. An attacking right-handed middle-order batsman and wicket-keeper, MS is widely regarded as one of the greatest finishers in limited overs cricket.

He is an international cricketer who has captained Indian cricket team in limited over format from 2007-2016 and in test cricket from 2008-2014. India has won some of the most prestigious achievements under the leadership of this powerhouse batsman which include 2007 ICC World T20, 2007-08 Commonwealth Bank Series, 2011 ICC Cricket World Cup and 2013 ICC Champions Trophy.

Married to a Dehradun girl, Sakshi Singh Rawat in 2010, Dhoni is now a father to his 4 yr old daughter Ziva. Talking about his hobbies, MS is a true motorcycle enthusiast who has a garage full of exotic, vintage motorcycles and also some superbikes. He is often well praised for the calm influence he has on the field and how wonderfully he manages the team even under great pressure.

The backbone of Team India

MS is one of the players who has been in the ICC ODI team for eight years, 5 times as a captain. This captain cool has achieved more success than any captain in the history of cricket. Dhoni is also known as one of the best wicket-keepers in the world cricket setting a stumping record of 0.09 sec which is even less than the time taken for our eye to blink. He also holds a record of highest score by a wicket-keeper captain. Dhoni is the third captain overall to win 100 games. He is also the fourth Indian to reach 10,000 ODI runs after Sachin, Ganguly and Dravid.

His performance in IPL has also been commendable. MS has captained Chennai Super Kings for 10 years and has always managed to take the team to the playoffs. Also, leading them to victory in 2010, 2011 and 2018 seasons.

Recognition by The Government

Dhoni has been awarded greatest honours of our country such as Padma Shri, Padma Bhushan and also Rajiv Gandhi Khel Ratna. He is also the second Indian cricketer after Kapil Dev to receive the honorary rank of Lieutenant Colonel by the Indian Territorial Army.

A highly motivating biographical film based on Dhoni’s life titled “M.S.Dhoni – The Untold Story” has also been loved widely.
Another web series centred on his partnership with Chennai Super Kings, titled ‘Roar of the lion’ has been aired recently.

Looking at the amount of success this man has achieved, we can rightly say that MS is a blessing to the field of cricket. His footsteps will always be traced by generations to come.