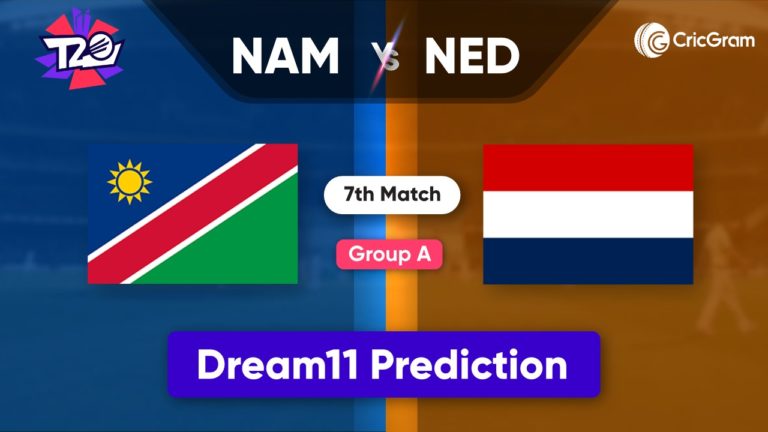 Namibia did not have an excellent start to the tournament as they lost their first match and are currently at the last position of the Group A, ICC T20 World Cup 2021 points table.

The openers, Baard and Zane Greek, batted slowly and got out without even scoring double digits. In the middle, Craig Williams and Erasmus tried to get the innings back on track, but there was no support from other players, and as a result, they got restricted to a low score.

The bowlers were also not in good form as they got chased down quickly. Bernard Scholtz and JJ Smit bowled well, picking up a wicket each. Namibia needs to work on its overall performance and perform better in the next match against the Netherlands.

Even the Netherlands has lost its first match and is currently at the 3rd position on the Group A, T20 World Cup 2021 points table.

The opener, Max O’Dowd, batted brilliantly, scoring a fifty but the remaining batsmen struggled to score even ten runs. In the end, skipper Pieter Seelaar scored some runs and helped the team cross 100 runs mark. The batting unit looks fragile and needs to play in the middle-overs.

The bowlers performed individually well, but they needed to deliver as a team. Fred Klaassen, Brandon Glover, and Pieter Seelaar managed to pick up one wicket each. The Netherlands needs to win this match to stay in the competition.

The weather will be a little less hot as the temperatures will be around 33 degrees Celsius.

The pitch at this venue assists the bowlers more in the first innings, but as the match progresses, the batting becomes more effortless in the 2nd innings. The teams winning the toss should choose to bowl first and chase down the target.

He is an all-rounder and has played several T20 leagues across the globe. Wiese scored only six runs and went wicketless in the last match. David Wiese is very good C or Vc choice in NAM vs NED Dream11 Team.

Williams is a right-handed batsman and generally bats at No.3. He scored 29 runs from 36 balls in the last match.

Erasmus is a middle-order batsman and the skipper of the team. He scored 20 runs and went wicketless in the last match.

Smit is a bowling all-rounder and can also be handy with the bat. He scored 12* runs and managed to pick up a wicket.

He is a bowling all-rounder. He scored 2 runs in the last match and didn’t took any wickets.

Baard opens the innings for the team and has a career average of 28 in T20Is. He scored seven runs in the last match.

Max is the opener of the team and scored a brilliant fifty in the last match. He is a good pick as C or Vc in your NAM vs NED Dream11 team.

Ackerman is a right-handed middle-order batsman and scored 11 runs in the last match.

Seelaar is an all-rounder and the skipper of the team. He scored 21 runs and managed to pick up a wicket in the last match.

Klaassen is a left-arm medium-fast bowler and bowled well in the last match, picking up a wicket for 18 runs.

He is a right arm fast bowler, B Glover took 1 wicket in the last game.

Ryan is the most experienced player on the side but was out for a duck in the last match.