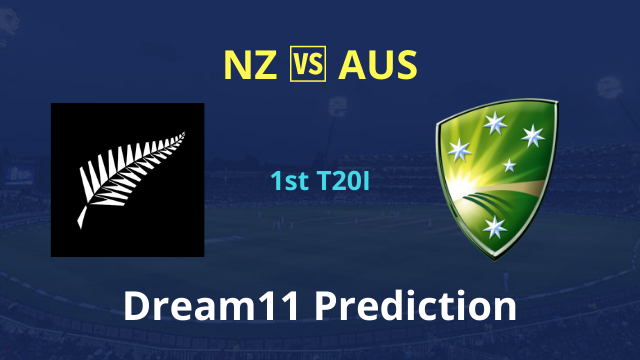 The 1st of the five-match T20I series between New Zealand and Australia will be played on 22nd February at Hagley Oval, Christchurch. We will cover AUS vs NZ Dream11 Prediction, match preview, and Fantasy Cricket Tips.

Australia has been playing back-to-back cricket since the play resumed after Covid-19, and the little break that they got after India’s tour of Australia would have helped them massively.

Even though they were far from their best in the most extended version of the game, they did pretty well against the Indians in the two shorter versions. They won the ODI series 2-1 and faced a narrow defeat by the same margin of 2-1 in the T20I series. There wasn’t a lot that Australia did wrong in that T20I series, but there were a few areas where they’d like to improve. For that very reason, they have roped in a couple of new faces, which could prove to be game-changing for the visitors in this series.

Riley Meredith, Jhye Richardson, and Josh Phillipe are coming into the series on the back of sublime show in the recently concluded Big Bash League and will be eager to go out and produce results.

As compared to the squad that faced India, Australia will be coming in with a relatively new-look team. There’s no David Warner in the team, and Australia will have a tough question to choose their two openers with four players contending for that spot.

With no Cummins, Starc, or Hazlewood, Australia’s bowling certainly looks a little inexperienced. Their most experienced bowler is Andrew Tye, who himself hasn’t been a regular in Australia’s limited-overs squad. In the spin department,

however, the Aussies look pretty settled with Adam Zampa leading the pack. Besides him, they have Ashton Agar available as well. Given the sheer number of all-rounders that the Aussies have, their team’s depth is undoubtedly their advantage. The experience or lack thereof could be a deterring factor when playing away.

Unlike the Aussies, the Kiwis are banking on experience to take them through this T20I series. It’s been a long time since New Zealand has played limited-overs format, but the fact that their players all played Super Smash means that they all will be fresh, in-touch, and raring to go. Also, the experience and the advantage of playing at home could prove to be a massive positive difference for them.

New Zealand, too has a few selection concerns, but they are not as many as Australia. Martin Guptill’s participation for the first match is still under the clouds, and Finn Allen might replace him. Regardless of who plays on the match day, New Zealand’s batting looks potent.

With Kane Williamson, Tim Seifert, Devon Conway, Glenn Phillips, and Jimmy Neesham available to bat, there is no lack of firepower. If those batsmen do not happen to prove enough, they then have Scott Kuggeleijn, Kyle Jamieson, and Tim Southee to follow, who all can smack the ball a long way.

On the bowling front as well, New Zealand seems to have all bases covered. Including the all-rounders, they have as many as six bowlers available, and they are all known to be pretty reliable. Apart from that, the experience that Trent Boult, Tim Southee, and Ish Sodhi bring in is priceless.

Hagley Oval is not a batting strip at all. The surface will assist the pacers a bit, and a score around 170 could be a decent score. The team winning the toss should opt to bowl first.