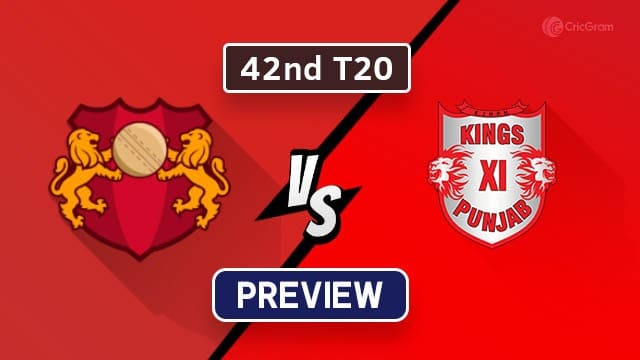 The 42nd Match of Indian Premier League 2019 will be played between Royal Challengers Bangalore and Kings XI Punjab. We are covering RCB vs KXIP Dream11 Team Prediction, Preview and Probable Playing XI for the T20 match. The match is to be played at M.Chinnaswamy Stadium in Bengaluru.

Royal Challengers Bangalore have finally found some momentum after two consecutive victories but are still residing on the bottom of the points table with three wins in ten matches. They won their last match against CSK by one run. Batting first, Parthiv Patel played a crucial knock of 53 runs to give a target of 162 to CSK. Ab De Villiers, Moeen Ali and Akshdeep Nath also contributed with few runs. Defending the target, Dale Steyn gave a dream start to RCB taking two scalps in first over and was supported by Umesh Yadav. Saini and Chahal also bowled economically to ensure a much-needed victory for their side. They have to win all four remaining matches and hope other results go in their way to stay alive in IPL’19. A similar unison effort will be required from all players to continue the winning momentum.

Kings XI Punjab has found a slump in form losing three of their last five encounters and are sitting in the fifth position in the points table with five wins and five losses. They lost their last match to Delhi Capitals by 5 wickets. Batting first, Chris Gayle played fiery knock of 69 runs in just 37 balls and was supported by Mandeep Singh and Harpreet Brar to give a target of 163. Defending the target, Hardus Viljoen, Shami and Murugan Ashwin bowled well with former took two scalps in losing cause for his team. KXIP will have to win three of their remaining four encounters to ensure qualification in playoffs and will come all guns blazing to defeat RCB at Bengaluru.

Pitch will be a batting paradise and a total above 170-180 can be expected.

Moeen Ali will play his last match for RCB as he has to join England Cricket Team for upcoming series.

Virat Kohli will open the innings along with Parthiv Patel. AB de Villiers, Akshdeep Nath, Moeen Ali and M Stoinis will follow them.

M Stoinis, Moeen Ali and Pawan Negi will play the role of an allrounder.

Yuzi Chahal will spearhead the spin attack along with Pawan Negi and Moeen Ali.

Dale Steyn, Navdeep Saini and Umesh Yadav/M Siraj will be the key pacers along with Marcus Stoinis.

Mujeeb, Moises Henriques and Varun Chakravarthy are out due to injury. Mujeeb has begun practising but is not fully fit to play yet.

Arshdeep Singh can replace Harpreet Brar in the playing XI considering the role of pacers in Bengaluru.

Sam Curran and David Miller have failed to confirm their place in playing XI due to their inconsistent form. Nicholas Pooran or Sarfaraz Khan can also get a game.

Ravi Ashwin will play the role of an allrounder. Hardus Viljoen can also hit big sixes.

Ravichandran Ashwin and Murugan Ashwin will be the key spinners for KXIP.

M Shami and Hardus Viljoen will be the key pacers along with Arshdeep Singh. Sam Curran can support them.

If you liked RCB vs KXIP Dream11 prediction, then follow us on Twitter for Latest Cricket News.