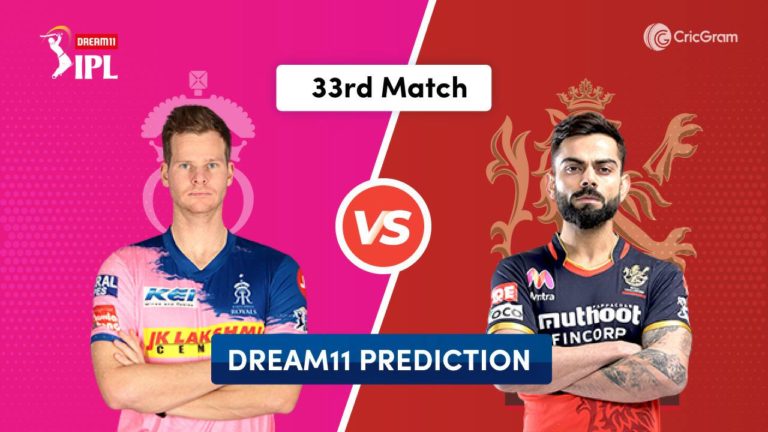 Rajasthan Royals are having a tough time this season as they are currently at the 7th position on the points table with 3 wins and 5 losses and 6 points.

Their top-order problem continues as they have failed to get a good start almost in every match. Jos Buttler and Ben Stokes gave a decent start in the last innings, but Steve Smith once again disappointed by getting out early.

Samson has appeared to be getting back in form, but he has been playing very slowly. With Stokes playing up the order, Royals lack the crucial players in the middle order. They should probably try to open the innings with Uthappa and play Stokes in the middle-order to provide stability.

Bowlers have been doing their job well as Archer has been bowling well and consistently picking up wickets, and the youngster Kartik Tyagi has also proved himself by bowling at a good pace and picking up wickets. Both spinners Shreyas Gopal and Rahul Tewatia, have not been much use as the team would have expected.

The chances of RR qualifying for the playoffs are getting less match by match, and thus they need to sort out their batting order problems and win as many remaining matches as they can to have the hopes of qualifying for playoffs.

RCB has performed well so far in this season as they are currently at the 3rd position on the points table with 5 wins and 3 losses and a total of 10 points.

The team’s batting unit looks very strong with players like Aaron Finch, Devdutt Padikkal, Virat Kohli, and AB de Villiers. But their batting approach has been quite slow in the past couple of matches, and they are struggling to score runs at a quick rate.

Aaron Finch might get rested if he continues to play the same way, and Moeen Ali might get a chance as he can bowl a few overs of spin too. Sundar and Dube have been performing decently as per the roles assigned to them. Except for the last match, Sundar has been very economical this season.

The inclusion of Chris Morris into the team has strengthened the bowling attack, and he can also play some big shots down the order. Udana has been consistent in picking up wickets, and Navdeep Saini is bowling at a perfect pace and controlling the flow of runs.

Yuzvendar Chahal has been brilliant as always in picking up wickets. He might be a little expensive in a few matches, but he is a wicket-taker. Siraj was expensive in the last game, which means that there is a chance that Umesh Yadav might get a chance in the next match.

RCB still have the danger of losing their spot for the playoffs, and they should perform well in every match to qualify for them

Average 1st Innings Score: 176 (From 14 games played at this venue so far in this season)

Average 2nd Innings Score: 149 (From 14 matches played at this venue so far in this season)

Anything over 160 in the 1st innings can be considered to be a fighting total. Total 14 matches played here so far in Dream11 IPL 2020. The team batting first has won 12 games, out of which super overs decided two games.

He opens the innings for the team and can play shots from the start. Buttler scored only 22 runs in the last match. He is very good choice for Captain in Dream11 Team.

He is one of the top allrounders across the globe and has an IPL hundred to his name. Ben Stokes scored 41 runs but went wicketless in the last match.

He is a right-arm fast bowler and can be handy with the bat down the order. In the last match, Jofra bowled brilliantly, picking up 3 wickets for just 19 runs in his 4 overs.

He is a right-handed batsman and bats according to the situation of the match. Steve Smith scored 1 run in the last game.

He is an allrounder and equally good with both bat and ball. Tewatia went wicketless and scored 14* runs in the last match.

He bats in the middle order for RR and is a good striker of the ball. Samson scored 25 runs from 18 balls in the last match.

He is a right-arm leg-break bowler and troubles the batsmen with his googly. In the last match, Gopal picked up 1 wicket.

One of the best batsmen in the world, skipper Virat will be playing at NO.3 for RCB. He is the highest run-getter so far in the history of IPL and has five centuries to his name. Kohli scored 48 runs from 39 balls in the last match. He is very good Captain choice in RR vs BLR Dream11 Team.

This 20-year-old left-handed batsman has got a lot of talent. Padikkal scored 18 runs in the last match.

Mr.360, who can play shots to any corner of the ground and will be important in the middle order. AB got out for just 2 runs in the last match.

Finch is playing for RCB for the 1st time in IPL. He opens the innings for them and scored 20 runs from 18 balls in the last match.

He is an allrounder who is equally good with both bat and ball. Morris will play a crucial role in the lower middle order with the bat. He batted brilliantly, scoring 25* runs from just 8 balls but went wicketless.

He is a right-arm leg-spin bowler. Chahal is an excellent bowler in the T20 format and troubles the batsmen with his wrong-uns. In the last match, he was very expensive but managed to pick up 1 wicket.

He is a left-arm medium-fast bowler and is mostly known for his slower deliveries. Udana bowled well but went wicketless in the last match.

He is a bowling allrounder and can play some big shots down the order. Sundar scored 13 runs and was a little expensive with the ball, and also went wicketless.

He is a batting allrounder and can bowl a few overs of medium pace. Dube scored 23 runs in the last match.

This match is risky for Small Leagues, It is very good game for Grand Leagues.