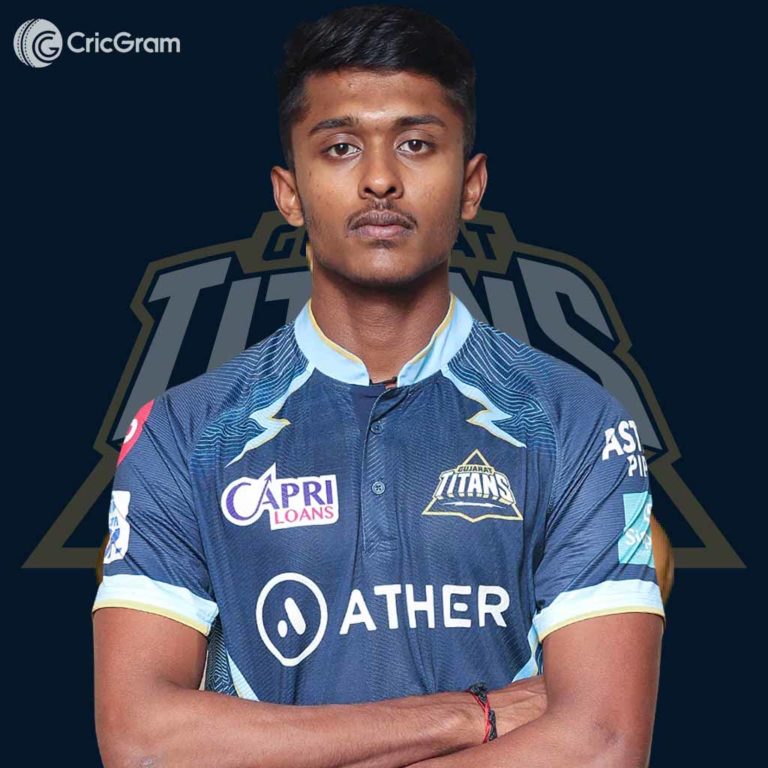 Sai Sudharsan Biography: India’s rising famous batsman ‘Sai Sudharsan’ who won the hearts of the Indian cricket audience with his IPL debut match, was born on 4 November 2021 in the city of Chennai, Tamil Nadu, his full name is Bhardwaj Sai Sudharsan. He is mainly known for playing List A, T20 cricket, and IPL.
Sudharsan came into the limelight when he scored 35 runs in 30 balls with the help of 4 fours and 1 six while playing against Punjab Kings in his IPL debut match.

If We talk about Sudharsan’s family, both his mother and father are associated with sports. His father’s name is R. Bharadwaj who was a part of the South Asian (SAF) Games, and his mother’s name is Usha Bharadwaj, who has played volleyball at the national level for the Tamil Nadu team.

If we talk about his education, then he has completed his initial schooling to graduate from home town Chennai. And he has graduated in B.Com from Vivekananda College.

He made his List A debut for the Tamil Nadu team on 8 December 2021, playing against the Mumbai domestic team.

Sudharsan has also made his debut in domestic T20 cricket against Maharashtra domestic team on November 04, 2021. And he has got a chance to play only 7 T20 cricket matches so far in which he has scored 182 runs at a strike rate of 119.

He has been selected in the new IPL team Gujarat Titans in the IPL Mega auction 2022 and has been included in the team of Gujarat Titans with his base price of 20 lakhs.
And he played his IPL debut match against Punjab kings on 8th April 2022, and he played an important role in his team’s victory by scoring 35 runs in 30 balls with the help of 1 six and four fours on his IPL debut match.