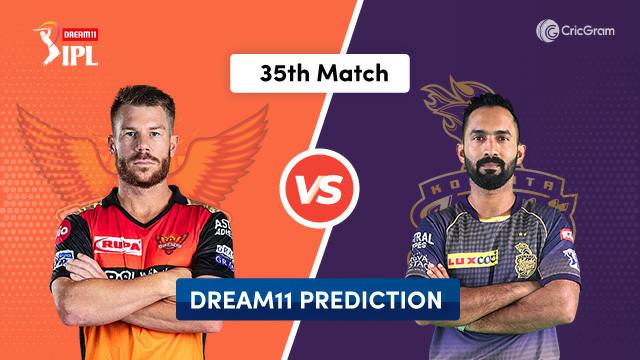 Sunrisers’ performance has been a roller coaster so far as they had played some matches brilliantly, and in other games, they have just been outplayed. They are currently at the 5th position on the points table with 3 wins and 5 losses and 6 points.

The trouble with the middle order continues, and that has cost them most of the matches. If their top two batsmen Jonny Bairstow and David Warner get out early, it is game over for SRH. Kane Williamson and Manish Pandey have batted decently, but they have not been able to score runs quickly.

The youngsters Priyam Garg, Abhishek Sharma, and Abdul Samad have performed well in some matches but have not been consistent with their performance. Bhuvi’s injury has been the most significant setback for Sunrisers this season.

Even though Natarajan is bowling good Yorkers and trying to control the flow of runs, he hasn’t got much help from the other bowlers. Khaleel Ahamed and Sandeep Sharma have been expensive. Rashid Khan has been brilliant in the middle overs by controlling the flow of runs and picking up wickets.

There is still a perfect chance for SRH to qualify for playoffs, and to do that, their middle-order needs to perform decently, and their bowlers need to step up and defend the targets.

Kolkata Knight Riders are in a tricky situation as they are currently at the 4th position on the points table with 4 wins and 4 losses and a total of 8 points.

The rumors that the captaincy will be transferred to Eoin Morgan have come true as Dinesh Karthik voluntarily gave up his captaincy to focus on his batting. But that did not change anything for KKR as they lost the last match. Knight Riders have many star players and match-winners, but they have not performed this season.

Shubhman Gill has been performing well as he is the leading run-scorer for KKR and Rahul Tripathi also played few good knocks. Nitish Rana and Dinesh Karthik have looked out of form this season, which has been a big concern.

With Sunil Narine not in the playing XI, they are struggling a lot in their bowling attack. Shivam Mavi and Nagarkoti have been bowling at a good pace, but they lack the experience to bowl in death overs and concede a good number of runs. Varun Chakravarthy and Prasidh Krishna have been decent in their roles.

Knight Riders might be in a good position for now, but if they continue to perform the same way, they might miss their spot in the playoffs.

Average 1st Innings Score: 167 (From 11 games played at this venue so far in this season)

Average 2nd Innings Score: 153 (From 11 matches played at this venue so far in this season)

Six out of the Eleven matches have been won by the team batting first so far this season.

He opens the innings for SRH along with Warner and made his debut last season. Bairstow scored 23 runs in the previous match.

Skipper Warner is one of the best batsmen in the history of IPL. He scored only 9 runs in the last match.

He generally bats in the middle order and is known for playing according to the match’s situation. Pandey was unlucky in the last match as he got run-out for just 4 runs.

He is a right-handed batsman. Williamson batted well, scoring 57 runs in the last match.

He is a right-arm leg spinner and is consistent in picking up wickets. Rashid is also very good at controlling the flow of runs. He went wicketless in the last match.

He is a left-arm medium-fast bowler and is picking wickets consistently for SRH. In the last match, Natarajan was expensive but managed to pick up 2 wickets.

He is a left-arm fast bowler and troubles the batsmen with his bouncers early in the innings. Khaleel was expensive in the last match but picked up 2 wickets.

He is a right-arm fast bowler and troubles the batsmen with his swing. Sandeep bowled brilliantly in the last match, picking up 2 wickets for just 19 runs in his 4 overs.

He is a batting-allrounder and can bowl medium pace when required. Shanka scored 12 runs but did not get to bowl in the last match.

He is an allrounder and is equally good with both bat and ball. In the last match, he scored 12 runs and went wicketless. He is very good Captain choice in SRH vs KOL Dream11 Team.

He is a young right-handed batsman and has the talent of playing big innings. S Gill opens the innings and batted decently, scoring 21 runs in the last match.

He is a left-handed batsman and provides stability in the middle order. In the last match, Morgan batted well, scoring 39* runs.

He is a bowling allrounder and can be handy with the bat down the order. Cummins batted brilliantly, scoring 53* runs in the last match but went wicketless.

He is a right-handed batsman and generally opens the inning. Tripathi scored only 7 runs in the last match.

He is a left-handed batsman and generally bats at NO.3. Rana scored only 5 runs in the last match.

He is a right-arm leg-break bowler and has been consistently picking up wickets. In the last match, Varun bowled well, picking up 1 wicket.

Dinesh Karthik is a right-handed batsman and generally bats in the middle order. He scored only 4 runs in the last match and has looked out of form this season.

He is a young right-arm fast bowler and bowls at a perfect pace. Prasidh Krishna was expensive in the last match and also went wicketless.

He is a young right-arm fast bowler and bowls at a perfect pace. Mavi bowled decently, picking up 1 wicket in the last match.