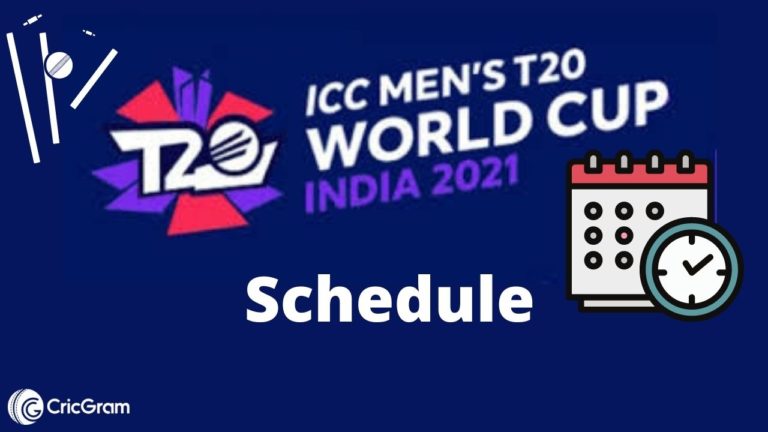 It is set to kick off on October 17. The tournament will be played in Oman and UAE. From October 17 to November 24.

Teams like Oman, Bangladesh, Netherlands, Ireland, Sri Lanka, Bermuda will take on each other for Round 1 fixtures. Out of these teams, four of the teams will qualify to make it into the Super 12. Sri Lanka and Bangladesh are most likely going to be the 2 teams out of the four.

Now talking about the big picture, the first game of Group 1 will be played between Australia and South Africa on 23rd October and West Indies and England will take on each other in the 2nd game.

The India Pakistan clash will be played on 24th October which will be a treat to watch for all the fans around the globe as players like Virat Kohli and Babar Azam will be in action.

All the games will be telecasted on Star Sports Network and the Hotstar app in India and the first game will begin at 3:30 pm IST and the second game at 7:30 pm IST.

The T20 World Cup 2021 Schedule was announced on August 17th and the tournament will begin on 17th October.

The Super 12 will begin on 23rd October. There will be two groups and each group will consist of six teams. As of now, there are 8 teams in the Super 12, and the remaining four teams will be selected from the Round 1 fixtures which will be played from 17th October to 22nd October.