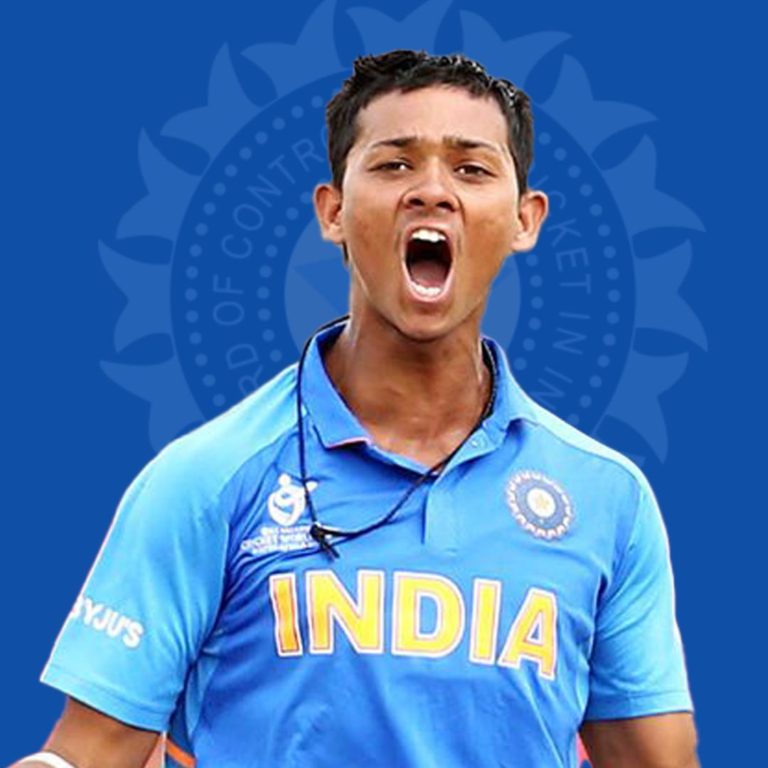 Yashasvi came into limelight when he scored 319* runs and picked up 13 wickets in the Giles Shield match in 2015. He made his first-class debut for Mumbai in 2018-19 Ranji Trophy on 7th January.

Playing for Mumbai Jaiswal showed everyone what he is capable of as he scored 203 runs off 154 against Jharkhand. He became the youngest double centurion in the history of List A cricket at 17 years 292 days and was one of the top run-scorers at the 2019-20 Vijay Hazare Trophy, with 564 runs in 6 matches at an average of 112.80.

Yashasvi Jaiswal is yet to make his IPL debut. He was bought by Rajasthan Royals for 2.40 Crores in 2020 IPL auction.

Jaiswal started his U-19 International career in 2018 ACC-Under 19 Asia Cup where he scored 318 runs and was the leading run-scorer of the tournament. In 2019, he scored 294 runs in 7 matches which included 4 half-centuries in the tri-series in England which also featured Bangladesh.

In December 2019, he was named in India’s squad for the 2020 U-19 Cricket World Cup. Jaiswal became the leading run-scorer in the tournament and scored a century against Pakistan in the Semi-final. He was also awarded Man of the Tournament award.