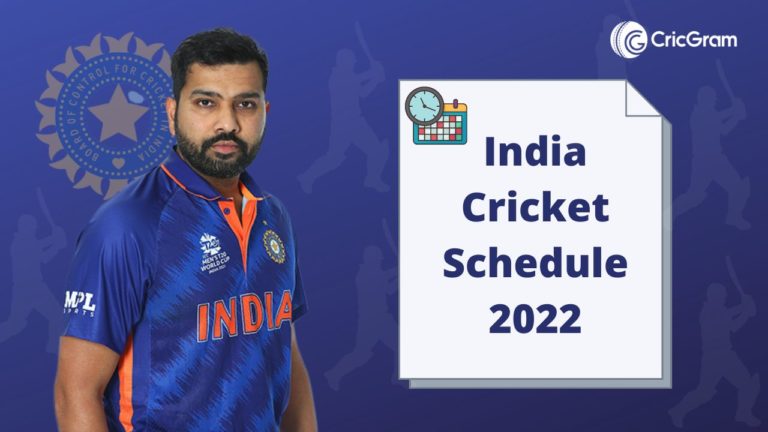 The Indian Premier League (IPL) is finally over and its time for international cricket after two months of non-stop cricket action. India will be playing a lot of home and away games in this calender year and will also be playing the all important T20 World Cup 2022 in October-November in Australia.

Currently, India are playing South Africa at home for 5 T20Is. The 5 T20s have been scheduled from 9th June to 19th June. Below is the details Schedule for South Africa Tour of India.

After playing the 5 T20Is against South Africa at home, India will be touring Ireland for T20Is right before the important England tour. Senior Players are likely to be rested in this series. Below is the detailed Schedule for India tour of Ireland.

After playing the T20Is in Ireland, India will be touring England for 1 test which is rescheduled and 3 T20Is and 3 ODIs. This tour is going to be very important for the Indian and they have a golden opportunity to win the test series in England for the first time by winning the final test. Below is the detailed Schedule

After the long tour of England, India will then be touring West Indies for 3 ODIs and 5 T20Is. All the main players are likely to be part of this series with the upcoming T20 World Cup in mind. Below is the detailed Schedule.

Upcoming matches for the year 2022 will be updated when the next schedule releases.