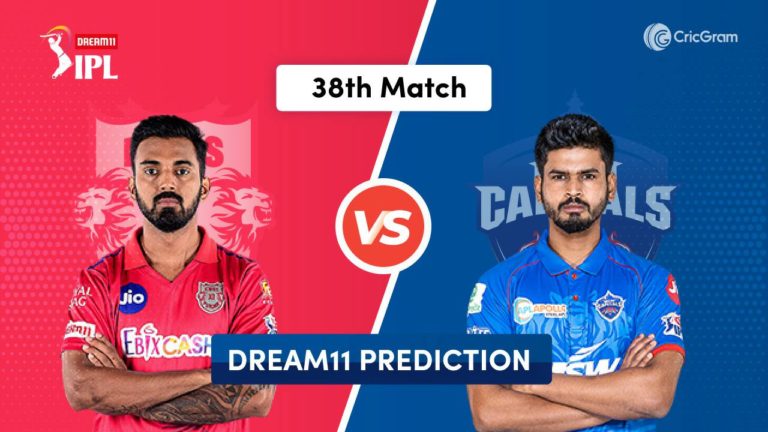 The Kings XI have finally found their rhythm by winning 2 consecutive matches and are currently at the 6th position on the points table with three wins and six losses and a total of 6 points.

KL Rahul has appeared to be in brilliant form, scoring runs from the top, and has been the leading run-scorer so far in this season. He has been accompanied by another brilliant batsman Mayank Agarwal who has looked in excellent form, and with Chris Gayle’s inclusion, the batting line-up looks even more vital.

Nicholas Pooran has been doing a great job in the middle-order, but Maxwell’s form has been a big concern for KXIP as he has not been able to hit even a single six for this season. Deepak Hooda performed well in the last match by batting brilliantly in the lower middle-order.

Mohammad Shami bowled brilliantly in the last match and in the super over and consistently picked up wickets. Ravi Bishnoi and Murgun Ashwin bowled decently and picking up important wickets at the crucial time. Chris Jordan and the youngster Arshdeep Singh have also been performing their role pretty well.

If KXIP keeps performing like this in every match, they have a perfect chance of qualifying for playoffs.

The Delhi Capitals have performed brilliantly so far as they are currently at the 1st position on the points table with seven wins and 2 losses and a total of 14 points.

With Dhawan getting back in form, DC has become the strongest side in the Dream11 IPL. He scored a brilliant unbeaten hundred in the last match and led his team to victory. Prithvi Shaw’s form might be an area of concern for the Capitals as he has not performed in the previous few matches.

Ajinkya Rahane has also not been able to much affective so far with the bat, and Alex Carey has been underperforming. But the skipper Shreyas Iyer has been performing the role of Captain well with the bat and field decisions.

Marcus Stoinis and Axar Patel have been the best find for DC because they have been entirely contributing with both bat and ball. The bowling attack has been the best among all the teams, with Kagiso Rabada bowling exceptionally well and is the leading wicket-taker so far in the tournament.

Anrich Nortje and Tushar Deshpande have been bowling at an excellent speed and troubling the batsmen with the pace. Ashwin has also been picking up wickets and leading the spin attack along with Axar Patel.

DC has almost qualified for playoffs, and they need to play the same way they have been doing, and they can win the trophy this year.

Average 1st Innings Score: 176 (From 16 games played at this venue so far in this season)

Average 2nd Innings Score: 153 (From 16 matches played at this venue so far in this season)

Anything over 160 in the 1st innings can be considered to be a fighting total. Total 16 matches have been played here so far in Dream11 IPL 2020. The team batting first has won 12 games, out of which super overs decided three games.

Skipper Rahul opens the innings for the team. He can play the shots right from the start of the inning and has two IPL hundreds to his name. Rahul batted well, scoring 77 runs from 51 balls in the last match. He is very good Captain choice in KXIP vs DC Dream11 Team.

He is a decent striker of the ball and plays according to the situation of the match. Agarwal scored only 11 runs in the last game.

He is the most destructive batsman in the history of IPL and can cause havoc if he gets going. Gayle batted decently in the last match scoring 24 runs.

A left-handed wicket-keeper batsman can play destructive innings in the middle order. Pooran scored 24 runs in the last match.

Shami is one of the experienced bowlers for KXIP. He bowls at a good pace and is good at controlling runs in the death overs. In the last match, he bowled brilliantly, picking up two wickets.

He is a right-arm fast bowler and can be handy with the bat in the lower middle order. He managed to pick up one wicket in the last match and also scored 13 runs.

He is a left-arm fast bowler and has been consistent at picking up wickets. Arshdeep was expensive but managed to pick up 2 wickets in the last match.

He is a young right-arm leg break bowler and has impressed everyone with his performance. Bishnoi bowled well, picking up 1 wicket in the last match.

He is a right-arm leg-break bowler and has proved himself whenever he got a chance. Ashwin bowled well in the last match but went wicketless.

Shikhar Dhawan opens the innings for DC and is a good striker of the ball. He batted brilliantly, scoring 101* runs from just 58 balls in the last match.

He is a right-arm fast bowler and troubles the batsmen with his pace and bounce. Rabada bowled well in the last match, picking up 1 wicket, and is currently the leading wicket-taker in the tournament.

Skipper Shreyas generally bats according to the situation of the match. He is capable of playing big shots also. In the last game, Iyer batted decently, scoring 23 runs.

He is a right-arm fast bowler and hurries the batsmen with his pace. In the last match, Nortje was expensive but managed to pick up 2 wickets.

He is a batting allrounder and can bowl a few overs of medium pace if required. In the last match, Stoinis scored 24 runs.

He is a right-arm off-break bowler and can also be handy with the bat down the order. Ashwin went wicketless in the last match.

He is a Left-arm orthodox bowler and can also hit some big shots. Axar went wicketless but scored 21* runs from just five balls in the last match.

He is a right-arm fast bowler and bowls at a good pace. Tushar was a little expensive but managed to pick up 1 wicket.

He is the wicket-keeper batsman for DC and can hit some big sixes if he gets going. Rishabh Pant has not played the last three matches due to injury.