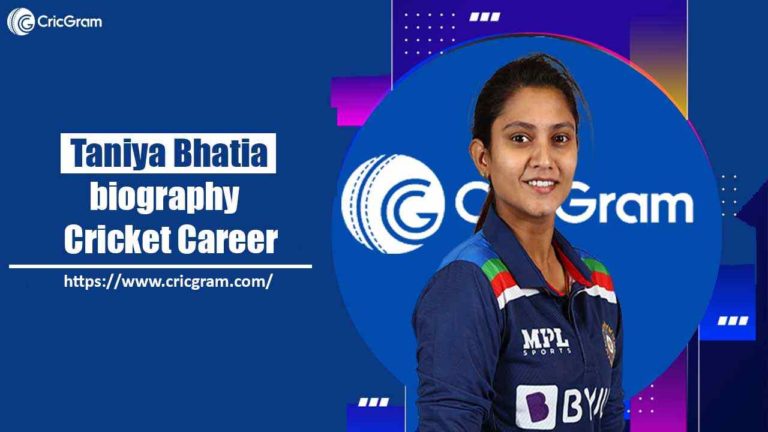 The father’s name of Tanya Bhatia is Sanjay Bhatia, which was working in the Central Bank of India, and her mother’s name is Sapna Bhatia, and she is a housewife, and the name of the elder sister is Sanjana and the name of his younger brother Sehaj Bhatia.

In Tania’s family, from her father to her younger brother has been a part of the Punjab cricket team and they have played for his state.

Taniya started her cricket career at the age of 9 and she became part of the Under-19 women’s cricket team at the age of 11. And apart from that Taniya captained Under-19 North Zone in the Inter-Zonal Cricket Tournament in Guwahati in 2015, and in that she also made 227 runs and along with that she was also responsible for taking two wickets as wicketkeeper. And after that, she joined the India A team at the age of 16.

Taniya has started her international cricket career in 2018, and the first time she got the chance to debut in T20 Women’s International Cricket.

And after that, she got an opportunity to play in the Women’s ODI International Match in September (September 11, 2018) of the same year, and she has played a match against the Sri Lanka women’s team.

After that Taniya made her debut in Test cricket against England’s women’s cricket team in May 2021.

And thus Taniya has made her debut in all international cricket in India in small cricket careers, and she plays as a wicketkeeper batsman in all three cricket formats.