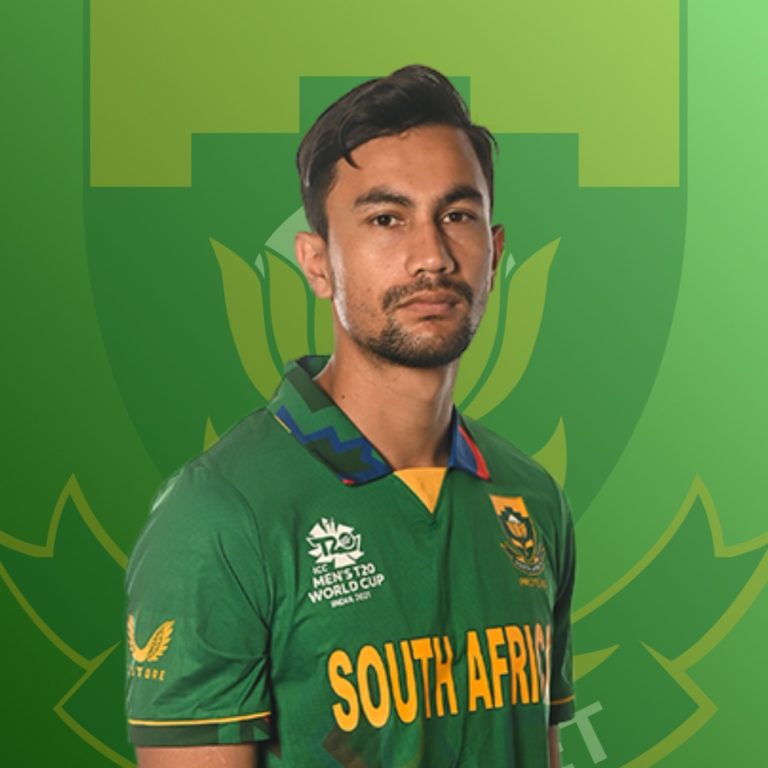 Bjorn Fortuin is a slow left-arm orthodox bowler and can also play some handy knocks with the bat from South Africa and has been impressive with the ball in whatever games he has played so far in international cricket.

Fortuin made his first-class debut for North West way back on October 17, 2013, in the CSA Provincial Three-day Competition. He did not have a great debut as he went wicketless with the ball in both innings.

He then also made his List A debut for North West on November 2, 2014, against Border in the 2014-15 CSA Provincial 50 over Challenge. Fortuin had a brilliant debut as he picked up 2 wickets with the ball and also played a handy knock of 28 runs with the bat.

In the same year, Bjorn also made his T20 debut for North West against Gauteng on October 19, 2014, in the CSA Provincial T20 Challenge. He picked up 2 wickets in his 4 overs but unfortunately, his team lost the game by 16 runs.

In August 2017, he was part of the Durban Qalandars team in the first edition of the T20 Global League but the tournament was later cancelled in November 2018.

The left-arm spinner was also the leading wicket-taker in the 2018-19 CSA T20 Tournament with 15 wickets in his 10 games and was also named as the player of the season by Cricket South Africa (CSA) in August 2019.

Talking about his numbers, Fortuin has played 47 First-class games and has picked up 122 wickets and 70 wickets from his 60 List-A games. His T20 numbers are also excellent as he has 94 wickets from his 82 games.

After some excellent performances in the domestic circuit, Fortuin was selected in the South African T20I Squad for their series against India in August 2019.

After his consistent performances in the T20 format, he was selected in the South African ODI squad for their series against England in February 2020.

He has played only one ODI game so far which was against England but the game ended has no result because of rain.