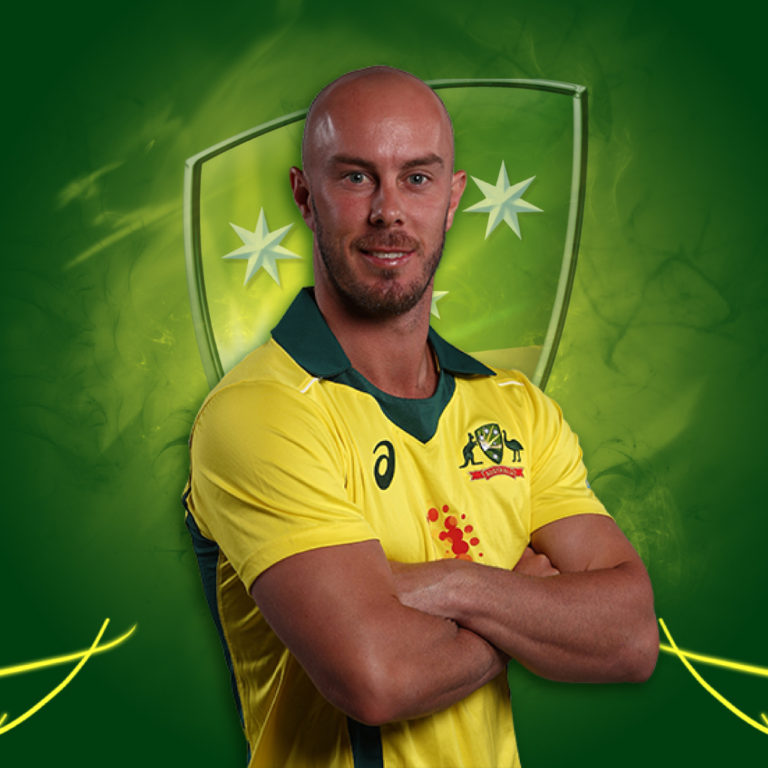 Chris Lynn (born 10 April 1990) is an Australian Cricketer who plays for Australia in International cricket and Mumbai Indians in the IPL.

On 9 February 2015, he played brilliant innings of 250* against Victoria in the Sheffield Shield Competition. Later that year, On 29 December 2015, He scored his first T20 century while playing for Brisbane Heat in the Big Bash League. C Lynn Scored 101 runs out off 51 balls against the Hobart Hurricanes. He ended that BBL season as the leading run-scorer of the tournament. C Lynn scored three half-centuries on top of his century and ended the tournament with 378 runs with an average of 54.0. He was also named the player of the tournament.

Lynn’s good form continued in the next season of the Big Bash League as well as he ended the season as the player of the tournament by the fact that he ended the tournament by playing just five matches. He played an unbeaten knock of 85 runs against Sydney Thunder on 28 December 2016 and played another unbeaten knock of 84 runs against Hobart Hurricanes two days later. Lynn again scored 98 not out against the Perth Scorchers on 5 January 2017, and the innings contained 11 sixes. And again, Lynn was named the tournament player by scoring 309 runs at an average of 154.50. The same season, Lynn suffered an injury and hence, ended playing just the five matches and scoring 148 runs at an average of 37.00.

As per the information in PSL 2018 players draft, he was picked as a platinum pick by Lahore Qalandars. However, Lynn suffered a shoulder injury and then was ruled out of that season. In December 2019, Lahore Qalandars was again picked as their Platinum pick for the 2020 PSL Season, which was played entirely in Pakistan for the first time. In the following season, he was the team’s leading run-scorer and overall the second-highest runs-scorer of the season, with 284 runs in the 8 innings he played, including a fantastic knock of 113 not out (his best T20 score, to date) in his team’s last group stage match against Multan Sultans, which helped his team to qualify for the playoffs for the first time in their PSL history.

He made his T20I debut against England at Hobart on 29 January 2014. He played a quick fire knock of 33 runs in 19 balls, including three sixes, but then did not get to play in his second game.

He was a part of the Deccan Chargers in the 2011 and 2012 Indian Premier League (IPL) Seasons but only got to play one match for his team in IPL 2012. For the 2014 IPL season, he was bought by the Kolkata Knight Riders(owned by Shah Rukh Khan). In his first match he played for KKR, he was the match’s man, scoring 45 runs off 31 balls and taking an excellent catch near the boundary to dismiss AB de Villiers that turned the game in the final over of the match.

In the 2015 IPL Season, he was retained by the Kolkata Knight Riders, but he, unfortunately, got injured and was ruled out of the tournament. Johan Botha came in as his replacement for the following season. In IPL 2017, He hit his career-best 19-ball 50 as the opener of Kolkata Knight Riders against the Gujarat Lions in IPL 2017, in which he hit 8 sixes. In the next match against the Mumbai Indians, he again injured his shoulder while trying to make a tough catch of Jos Buttler near the boundary line. He returned a month later and scored a 22 ball half-century in his comeback match against Royal Challengers Bangalore, where he, along with his partner Sunil Narine (54 off 17), smashed 105 runs in the first 6 overs of the innings. It is the most runs scored by a team in a Powerplay in the IPL history.

He again continued his good form by scoring 84 runs in the next encounter, although unfortunately, that innings came in a losing cause. Lynn finished the season on a high with a strike rate of over 180; although he missed most of the season but was one of the key players for the Kolkata Knight Riders in that season. Lynn was then released by the Kolkata Knight Riders ahead of the IPL 2020 season.

In the 2020 IPL auction, he was bought by the Mumbai Indians ahead of the 2020 IPL season for his base price of 2 crores as no team showed much interest on him.