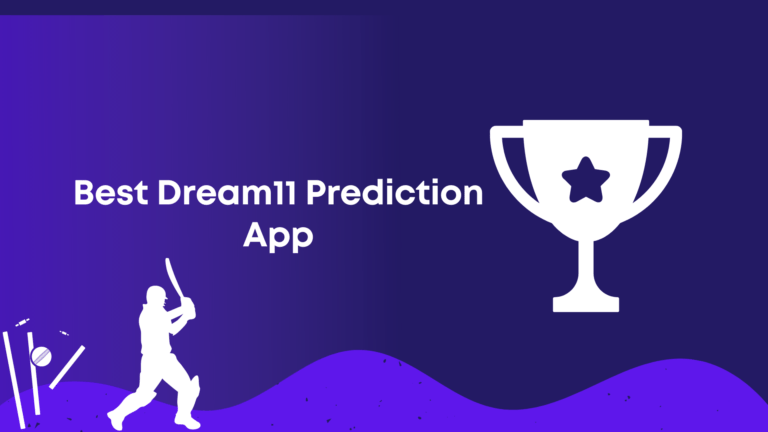 Download the best Dream11 Prediction App and increase winnings. It provides Dream11 Team, and Top picks for the Fantasy Cricket team which helps you to create a better team.

Cricgram app is the best Dream11 Prediction app because they provide match previews, best Fantasy Cricket Team, top picks and player stats which help you to winning in Dream11.

Fantasy sports have become a trend these days, and a lot of Fantasy Cricket Apps are currently in the market, and many other apps are being developed. In the last few years, the craze for these fantasy sports has increased so much that “Dream11“– a fantasy sports app went on to become the title sponsor for IPL last year.

Crores of people have joined these apps and have been playing regularly and earning huge rewards, and it has become a source of income for most people.

Many people still think that this is just luck or people win by chance, and some of the states have also banned these apps as it involves money.

But this is not just a sport of luck or chance but also intelligence. A person needs to know different players, pitch conditions, dew factor, Weather report, and many other things that will help him make a better team and increase the chances of winning.

To reduce the burden for the people in collecting various information, Fantasy Cricket Prediction App provide everything in one place through the App.

Dream11 is a fantasy sports app where the user needs to select a team of 11 players from the set of players in between two teams. This set of 11 players will be the user’s team, and he needs to compete with the other users by joining in his interested contests.

Many cash leagues are available, and there is also flexibility in choosing in which contest you want to join depending on the amount he/she wants to invest and how much they want to win.

There are grand leagues whose cash prize will generally be in crores, and also there are basic leagues whose prize money is just Rs.25. So it is completely the user’s choice to choose among hundreds of contests.

The cash deposit and withdrawal are also easy, you can deposit the amount into your Dream11 account using UPI or debit cards, and the withdrawal cans also be done with just a click of a button.

Not only cricket, but Dream11 has various other sports like Football, Basketball, Baseball, Handball, Hockey.

Why do you need a Dream11 Prediction App?

Most people who play fantasy sports in Dream11 do not have time to find about the Player’s performance, pitch, and weather conditions and which players will fetch more points to them.

They make teams based on their intuition, and later after losing, they regret that if they had done some research, they would have easily won the contest.

Here are some features which you will get in the Fantasy Cricket Prediction App:

With the increase in fantasy sports apps, a lot of prediction apps have also been developed. Amongst them, Cricgram app is the best Dream11 Prediction app because they provide articles for matches in which everything related to games will be explained clearly. The players who will be playing in the game, how the pitch behaves on that day, the effect of climatic conditions in the match and top picks among the players will earn more points.

News about various cricket players and various tournaments will keep you updated about which matches you can play in the Dream11 app and earn money consistently.

The Fantasy Cricket Prediction App also provides night mode, and still more features are to be added and based upon the feedback, the app will be further updated.

You will get all the below features absolutely FREE: