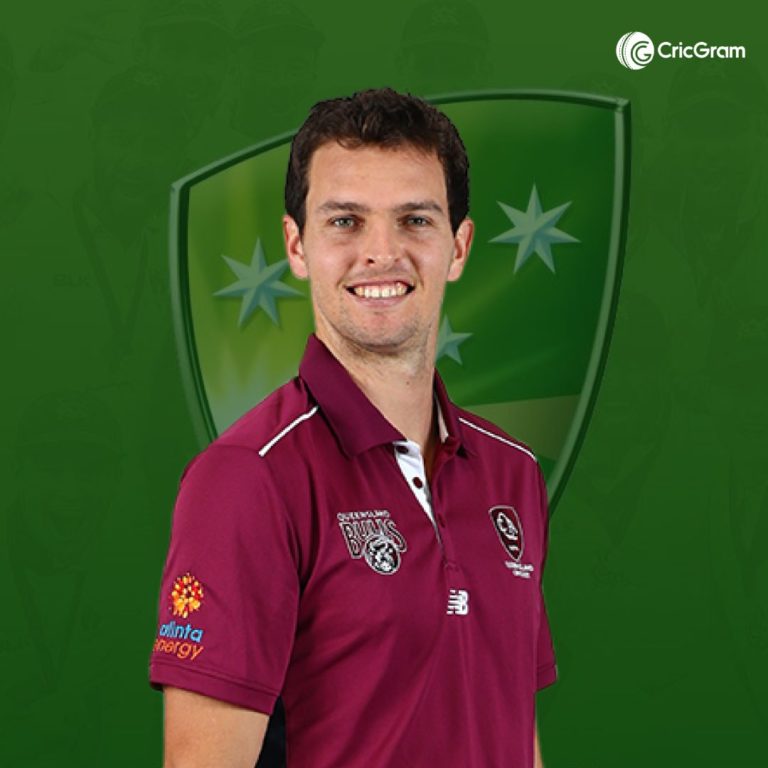 Jack Wildermuth (born 1 September 1993) is an Australian international cricketer who plays for Queensland in Domestic Cricket and Brisbane Heat in the Big Bash League.

Jack Wildermuth is an upcoming all-rounder from Australia. He is known for his all-around performance in the Big Bash League. Wildermuth has also represented Australia in international cricket.

Wildermuth started his cricketing journey from Brisbane. He played club cricket for Valley DCC. His impressive performances in the 2013-14 Futures League earned him a domestic contract with Queensland.

He made his first-class debut in the 2014-15 Sheffield Shield on 5th March against Western Australia. He had a decent outing on his debut as he picked up 3 wickets with the ball and scored 31 runs with the bat.

The same year he also made his List-A debut for Cricket Australia XI against New South Wales on October 5th, 2015 in the Matador BBQs One-Day Cup.

He again did not have a great debut as he managed to pick just one wicket with the ball and scored 2 runs with the bat.

Talking about his domestic stats, He has played 56 FC games so far and has picked 131 wickets with the ball, and has also scored 2390 runs with the bat which includes 12 fifties and 3 centuries.

His List-A numbers are also excellent as he has picked up 25 wickets with the ball in his 25 List-A appearances so far and has also scored 397 runs with the bat which also includes three half-centuries.

After his impressive show in the Big Bash League for a couple of seasons, he finally got his opportunity to represent Australia. He made his debut against Zimbabwe on 6 July 2018 at Harare.

Wildermuth looked good on his debut as he picked up a wicket in his 2 over spell and Australia won the game comfortably in the end.

In his 2 T20I outings so far, The Big Bash star has picked up 1 wicket and did not get to do much with the bat.

After some consistent performances for Queensland in the domestic circuit, Wildermuth made his Big Bash League debut in the 2016-17 season. He made his debut against the Strikers on 21st December 2016.

Wildermuth did not have a debut to remember as he went wicketless in his 2 over spell and was also expensive. He then moved to Melbourne Renegades in the 2017-18 season and again came to Brisbane after a couple of seasons with the Renegades.

His innings of 29 runs for Brisbane in the decider game against the sixes at the Gabba is one of the biggest turning points in his BBL Career and helped his team reach the finals but had to face disappointment in the final game against Perth.

Jack has so far played 50 BBL games and has picked up 39 wickets with the ball with his best figures being 3-16 and has also scored 235 runs with the bat with his highest score being 31.