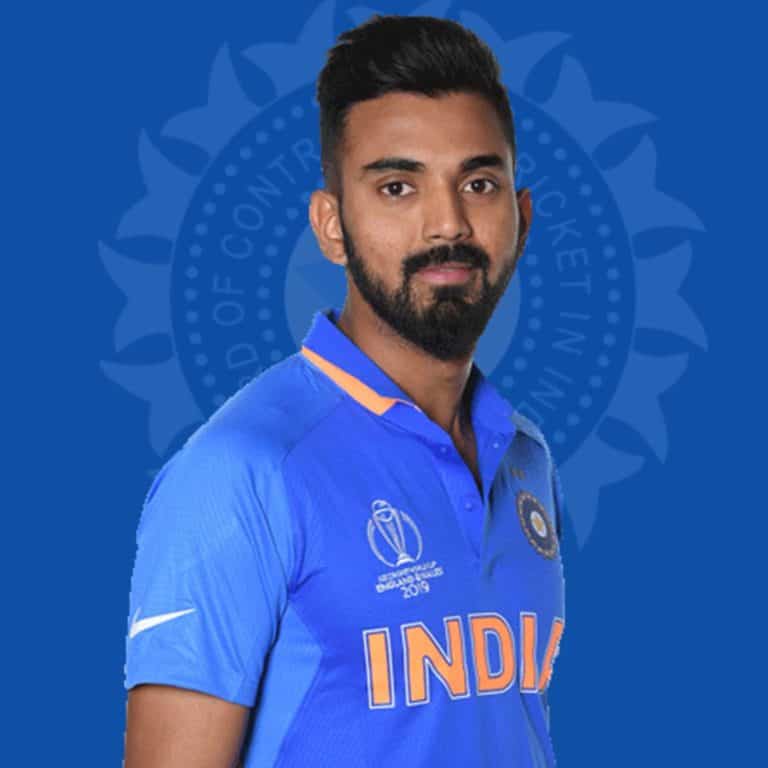 An extremely talented batsman, KL Rahul has represented India successfully in all three formats. He also holds the distinction of scoring an international century in all three forms of the game. The batsman can keep wickets and is very athletic. He is one of the best fielders in the nation. Marred by the controversy, the 27-year old has made a successful comeback. Rahul gives the feeling that his best is yet to come.

Rahul grew up in Mangalore and started playing cricket at the age of 11. At age 18 he moved to Bangalore to study at Jain University and pursue his cricket career.

Playing for South Zone in the 2014–15 Duleep Trophy Final against Central Zone, Rahul scored 185 (233) and 130 (152). The performance helped him get selected in the Indian Test squad for the Australian tour.

Getting into International cricket:

On his Test debut at the Melbourne Cricket Ground in 2014, Rahul received his Test cap from MS Dhoni. He scored only 3 and 1 but retained his place for the next Test where he opened the innings with Murali Vijay and made 110 runs thus completing his maiden international hundred.

After the Australia Test series, Rahul became Karnataka’s first triple-centurion, scoring 337 against Uttar Pradesh. He then scored 188 in the 2014–15 Ranji Trophy final against Tamil Nadu and finished the season with an average of 93.11 in the nine matches he played.

In 2016, Rahul was named in the squad to Zimbabwe in 2016 and made his ODI debut against Zimbabwe at Harare Sports Club. He scored a century on debut – becoming the first Indian cricketer to do so. He made his Twenty20 International (T20I) debut later in the same tour.

On the West Indies tour in 2016. Rahul scored a splendid 158, his then-highest Test score at Jamaica. In the first match of the T20I series in the United States, he scored a century off 46 balls in a losing cause, the second-fastest ever and fastest by an Indian.

KL Rahul set the record for the fastest batsman to have scored centuries in all three formats in just 20 innings (Prev best 76). He is the first player in T20I history to score a century when batting at number 4 position or lower (110*). On 3 July 2018, Rahul smashed his second T20 International ton against England. He is also the first Indian batsman to be dismissed hit-wicket in T20Is.

On 11 January 2019, KL Rahul along with Hardik Pandya was suspended by the Board of Control for Cricket in India (BCCI) following controversial comments they made on the Indian talk show Koffee with Karan earlier in the month. They were both sent home ahead of the ODI series against Australia and the fixtures of India’s tour to New Zealand.

In the 2019 World Cup, Rahul was impressive initially at the number four and then shifted to the opening slot. He scored 361 runs in nine matches with two fifties and one hundred.

Rahul made his IPL debut for RCB as a wicket-keeper batsman during the 2013 competition. He then played in the 2014 IPL for Sunrisers Hyderabad, before returning to RCB ahead of the 2016 IPL season. Rahul missed the 2017 season due to a shoulder injury.

In the 2018 IPL Auction, he was bought by Kings XI Punjab for INR 11 crore. In the team’s first match of the season, he scored the fastest 50 in IPL history, taking 14 balls to reach the milestone. Rahul enjoyed two stellar performances in 2018 and 2019, and He scored 659 and 593 runs respectively.

Rahul has tattoed his dog Simba’s face on right back. On the left arm, he has a tribal tattoo.

Following a close loss to Mumbai Indians in the 2018 IPL, he gave away his player of the match award to a fan at the Wankhede Stadium.