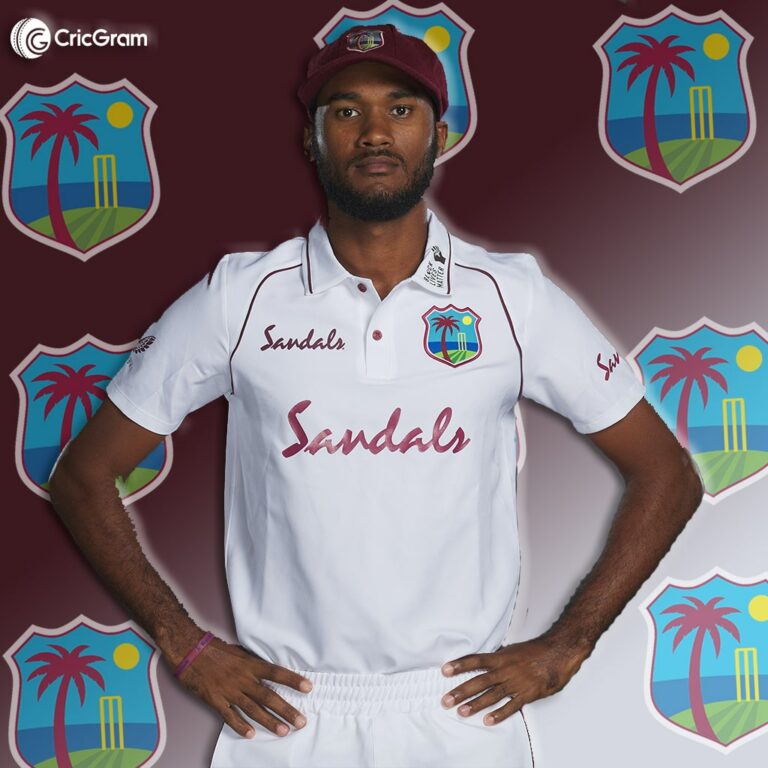 Kraigg Brathwaite is a Exciting West Indian international Top-Order Batter cricket player, Who started playing cricket professionally in the year 2009, and is especially known for playing only ODI & Test formats of international cricket.

And After that, seeing his consistent good performances in domestic cricket, At the age of just 18, West Indies Cricket Board included him in the West Indies TEST National team in the tour of Pakistan in the year 2011. And he made Test international debut on 20 May 2011 against the Pakistan at Basseterre.

Caribbean famous 29 years-old international batter cricket player Kraigg Brathwaite was born on 01 December 1992 in Black Rock, St Michael, Barbados, His full name is Kraigg Clairmonte Brathwaite. And he is especially known to play only Test & ODI formats of international cricket since 2011. And for the first time, he was selected for the West Indies International team in 2011 for the TEST squad Against Pakistan.

Brathwaite is known for playing as a batsman in his cricket team, And his batting style is a Right-hand bat and is primarily known to bat in the Middle order position of the match.

Brathwaite started playing domestic cricket in 2009, and he was selected for the West Indies international team in May 2011 for the Test squad. So let’s Know about Brandon King‘s domestic & international cricket debut and career.

He has been playing domestic cricket since 2009 with the Barbados team and started his cricket career with the First class format of cricket. So let’s see Brandon King’s Domestic Cricket Career & debut.

He made First class debut on 03 April 2009 in the match of Barbados vs Comb C&C at Cave Hill. After that, He made List A debut on 28 October 2009 in the match of W Indies U19 vs Barbados at Georgetown. And he has got a chance to play 188 First Class matches so far, in which he has scored 12367 runs with the help of 28 centuries and 62 half-centuries. And his best batting stats is 276 in FC Cricket matches.

In 2011, After seeing his good performance in domestic cricket especially in First Class cricket, For the first time, Brathwaite was selected for the WI Test international team in May 201 against Pakistan.

And he made his Test debut on 20 May 2011 in the match of West Indies vs Pakistan at Basseterre. And he has got a chance to play 79 Test matches till Nov 2022, In which he has scored 4893 runs with the help of 10 centuries and 27 half-centuries.