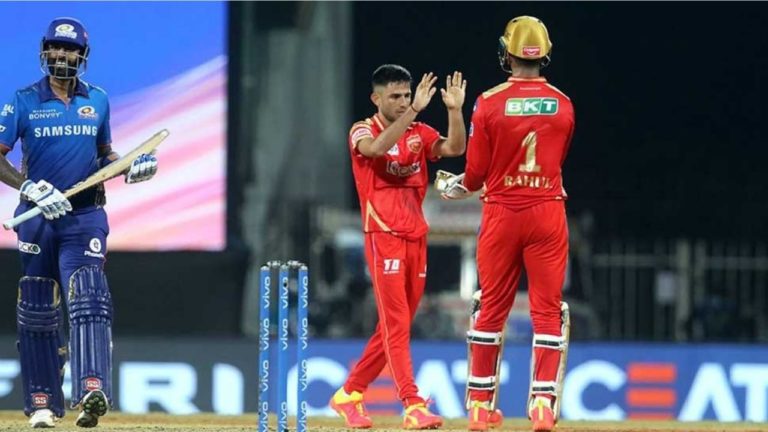 MI VS PBKS 23rd Match 2022: Today is a do-or-die match, especially for Mumbai Indians, if Mumbai loses this match, it will be their 5th consecutive defeat, and after that, it will be almost impossible for MI to reach the playoffs. And this 23rd match will be played between Mumbai Indians vs Punjab Kings in MCA Stadium, Pune, and today it is expected that Mumbai team will win this match and make the playoff of this IPL season more thrilled.

Both the teams are down in the points table

By the way, for your information, let us tell you that, Both the teams are down in the points table, where Punjab Kings is at 7th position in the points table by winning 2 out of 4 matches, Mumbai is at the bottom position after losing 4 out of 4 matches, so do or die situation for both. In such a situation, if the mi team registers a win today, then their hope of going to the playoff will be alive. On the other hand, if he is defeated even today, he will be out of almost IPL season 2022 and it will become impossible for him to reach the playoffs.

Fans are expecting that today Rohit will return in forms

Mumbai Indians and captain Rohit Sharma are both struggling with form, where Mumbai has lost 4 matches in a row this season. At the same time, Rohit is struggling with the captaincy as well as with the bat. He has not scored a single fifty in 4 matches, and Rohit has scored 80 runs in 4 matches. Rohit’s best score so far in IPL 2022 has been 41. He has hit 8 fours and 4 sixes so far and his average is also 20.
So in such a situation, his fan hopes that today he will definitely return to his old form, and will definitely make his first 50 this season while batting well for the team.

MI vs PBKS Head to Head

On the other hand, if we talk about the head-to-head match between Punjab Kings and Mumbai Indians, then these two teams have played a total of 28 matches, in which Mumbai has won 15 while Punjab has won 13 matches.

Both teams have lost their last match

It is expected that both the teams will not make much changes to their old playing XI and they will go with their same playing XI. And hope that Punjab’s team will continue with Jonny Bairstow in this match too. so let’s know about MI vs PBKS Probable Playing 11.