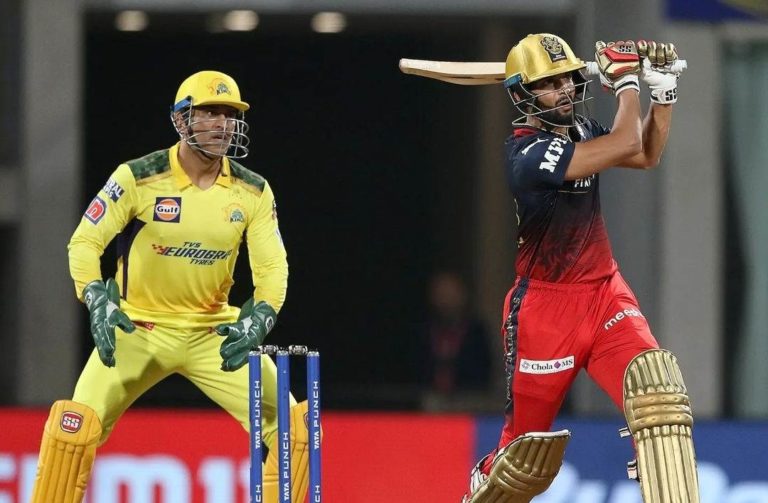 CSK won first match of IPL 2022: IPL 2022 match number 22 was played between Chennai Super Kings and RCB team, in which CSK got the first win of this season today after losing 4 consecutive matches. At the same time, the RCB team has got the second defeat of this season.

In fact, in this match, CSK, batting first, gave a huge target of 215 runs in front of RCB, with the help of half-centuries of Dubey and Uthappa. And by chasing this target, the entire rcb team has reached only 193 runs in 20 overs, losing this match by 23 runs.

And due to the brilliant innings of these two, Chennai Super King had given a target of 215 runs to RCB, which the RCB team could not fulfill and they lost the match by 23 runs.

In the absence of Harshal Patel, RCB bowlers performed very poorly, In the first 10 overs, they gave 60 runs only, and then 155 in the next 10 overs. And again in this match, Mohammad Siraj failed completely, and without any wicket, he has given 37 runs in 4 overs, and he is the second RCB bowler after Akash who has given the most runs.

Akash Deep gave the most runs

Royal Challengers Bangalore’s new bowler Akashdeep gave a total of 58 runs in 4 overs, and he has given the most runs in this match, and together he did not get any wicket, and he became the first bowler to give the most runs in a match of this IPL season.

Everyone had high hopes that Maxwell would play a key role in helping RCB win this match by playing a big inning, but he fell victim to Ravindra Jadeja by playing a small 26 runs in just 11 balls.

Former RCB captain Virat Kohli also could not do much in this big match and he fell victim to Mukesh Chaudhary after scoring 1 run in 3 balls, while the current captain of RCB, Du Plessis also fell victim to Theekshana by scoring only 8 runs in 9 balls.

Apart from this, the rest of the batsmen also did not play anything special innings, and the RCB team lost this match by 23 runs. And this defeat is his second defeat in 5 matches.

RCB came down in the IPL points table