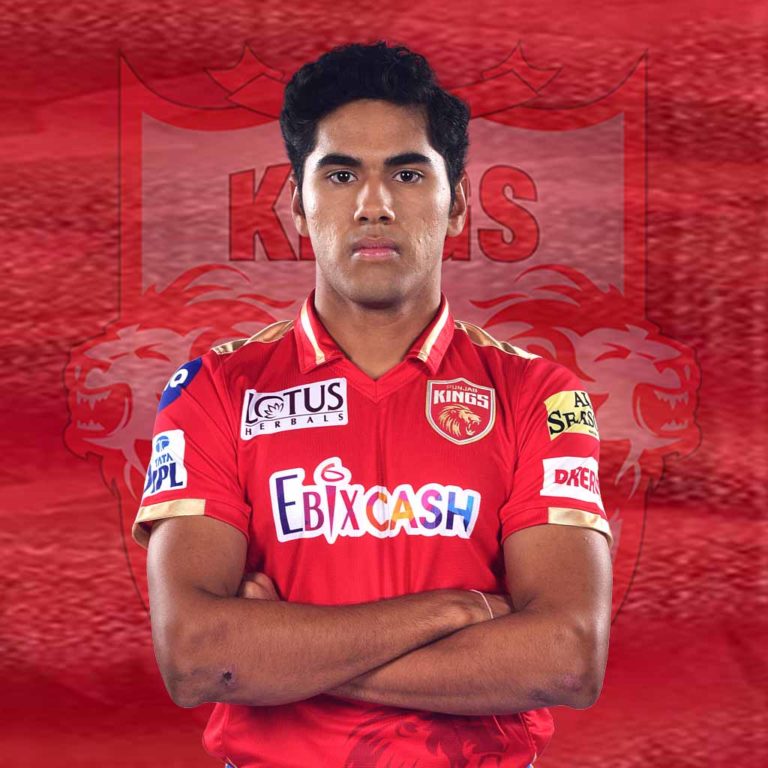 Raj Bawa, who hails from the state of Himachal Pradesh, is an Indian batting all-rounder cricketer who plays domestic cricket for the Chandigarh team while in the IPL he is part of the Punjab Kings team, and he started his IPL career in the year 2022.

Raj Bawa Biography: The Indian player ‘Raj Bawa’ who set fire to the Under-19 World Cup 2022 with his bowling and batting, was born on November 12, 2002, in Nahan, Himachal Pradesh, his full name is Raj Angad Bawa. And he is an Indian batting all-rounder player whose batting style is left hand and his bowling style is a right-arm medium-fast bowler.

And he came into the limelight when he scored an unbeaten 162 runs in 108 balls in the Under-19 World Cup 2022, which was the highest individual score in the under 19 World Cup.

On the other hand, if we talk about his family, then Bawa’s entire family is associated with sports, his father’s name is Sukhwinder Bawa, a former Indian cricketer, and who represents the Indian team in the 1988 Under-19 World Cup. But his cricket career could not progress much due to a back injury. And apart from this, his grandfather’s name is Trilochan Singh Bawa, who is a part of the Gold Medalist Indian team of the 1948 London Olympics.

If we talk about the education of Raj Angad Bawa, then he has completed his initial schooling from DAV Public School Chandigarh, and after that, he is also doing his graduation from Chandigarh University.

He has taken all his cricket training from his father Sukhwinder Singh, and his father has also been the cricket coach of former Indian batsman Yuvraj Singh.

He made his first-class debut for the Chandigarh team on 27 February 2022 against the Hyderabad team, scoring 44 runs in 120 balls on his debut.

Seeing Bawa’s good performance in the Under-19 World Cup, he was placed in the mega option of IPL 2022, where he was included in the team of Punjab Kings by paying 2 crores, and he made his IPL debut against the RCB team on 27 March 2022, in which he was dismissed by Mohammad Siraj on his first ball.

The most striking feature of Raj Bawa’s IPL debut is that he has been bought for many times more money than his Under-19 captain Yash Dhul, and this shows his cricketing ability.