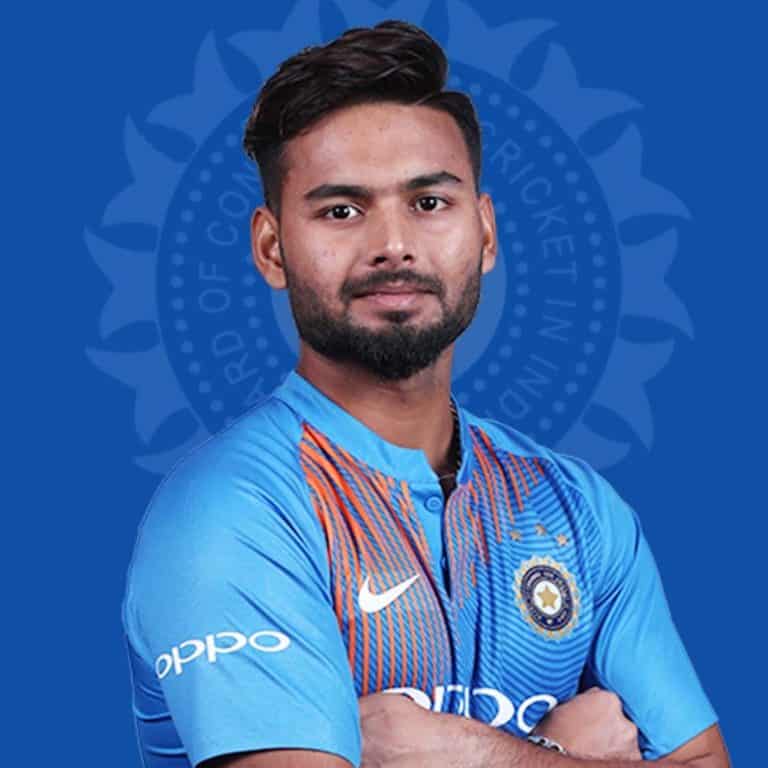 Rishabh Pant is the more aggressive and more audacious version of his idols, MS Dhoni and Adam Gilchrist. The Delhi boy is the latest sensation in cricket and his brief stint, he has already earned a place in billion hearts. He smashes sixes while standing on one leg+ and while falling on the pitch. Pant is already a part of the Indian team in all three formats.

Rishabh Pant was born in Roorkee, Uttarakhand, to Rajendra Pant and Saroj Pant. In his fourth standard, he started playing on matting tracks with teenagers and started his career under coach Tarak Sinha at the Sonnet Cricket Academy.

Pant’s coach Sinha suggested him to switch to Rajasthan to play U-13 and U-15 cricket but to no avail. Pant was told by his mentor to overhaul his entire batting technique which based on the hand-eye coordination to become a better batsman.

The youngster then struck 150 in the second innings against Assam for Delhi in a U-19 game which turned his career around, and he came into prominence.

Road to the Indian team:

Next year, Pant scored 308 runs in an innings against Maharashtra thus becoming the third-youngest Indian to score a triple century in first-class cricket.

On 8 November 2016, Pant scored the fastest century in the Ranji Trophy, from just 48 balls against Jharkhand.

In February 2017, he was named Delhi’s captain for the 2016–17 Vijay Hazare Trophy. He took over from Gautam Gambhir.

On 14 January 2018, Pant scored the second-fastest century in T20 cricket, making 100 from 32 balls against Himachal Pradesh.

On 6 February 2016, Pant was bought by Delhi Daredevils for Rs 1.9 crore. Playing only his third IPL game, Pant made 69 runs from 40 balls to help Delhi to an eight-wicket victory over Gujarat Lions. In the following season, he scored 97 runs in 43 balls against the same team in Delhi on 4 May.

In IPL 2018, Pant scored 128 not out from 63 balls against Sunrisers Hyderabad and thus registered the highest individual score by an Indian cricketer in a T20 match at that time.

In January 2019, Pant revealed his relationship on Instagram by posting his photo with his girlfriend, Isha Negi. Isha is an entrepreneur and an interior decor designer. Isha is an alumnus of Convent of Jesus and Mary in New Delhi and has also studied from Amity University. She has been a literature student as well.

Pant made his T20I debut for India in the third match against England at the M. Chinnaswamy Stadium, Bangalore on 1 February 2017 and hence became the youngest T20I debutant for India at the time.

In June 2019, Pant joined India’s squad at the 2019 Cricket World Cup as cover for Shikhar Dhawan. He scored 116 runs in four matches. Following the World Cup, the International Cricket Council (ICC) named Pant as the rising star of the squad.