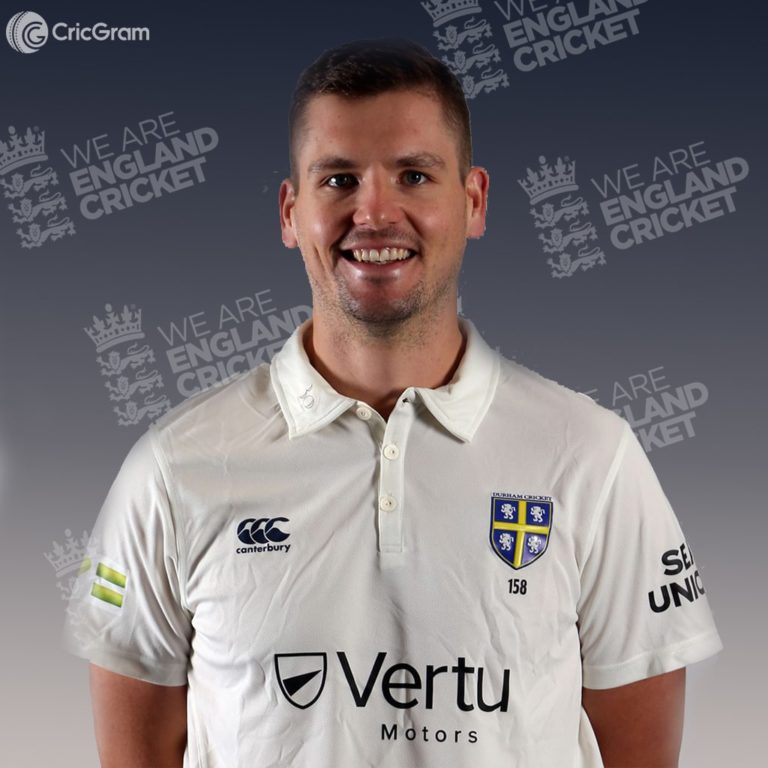 Alex Lees is a famous English cricketer who has been playing domestic cricket since 2010, while he was selected for the first time in England international team in March 2022 and he played his test debut match on 8 March 2022 against the West Indies team.

If we talk about Alex’s married life, then he married with Liv Lee, a resident of England, in the year 2018, and he announced his marriage on October 21, 2018, on the social media platform Instagram. And today Alexander and Liv have two children, one named Finn Lees.

Alex has played cricket for the following teams in his cricketing career so far.

Alex started playing domestic cricket with the Yorkshire domestic team since 2010, and he started his cricket career with red-ball cricket. So let’s know about Alex Lees Domestic Cricket debut.

He made his debut in first-class cricket on 05 June 2010, playing against the India A team, and he has got the chance to play 138 FC cricket matches so far, in which he has scored 7907 runs with the help of 19 centuries and 38 fifties.

At the same time, he made his debut in List A cricket on 29 August 2011 while playing with the Yorkshire domestic team. And he has got a chance to play 63 List A cricket matches so far, in which he has scored 2095 runs with the help of 4 centuries and 16 half-centuries.

After that, On 26 July 2013, he made his debut in T20 domestic cricket playing against Notts team and he has got a chance to play 56 T20 cricket matches so far in which he has scored 1350 runs with the help of 8 half-centuries.

Alex was selected in the England international team for the first time in the month of February 2022 in the England Test team, and he played his debut match against the West Indies team on 8 March 2022, and since then he has got a chance to play only six Test cricket matches, in which he has scored 295 runs with the help of one half-century.