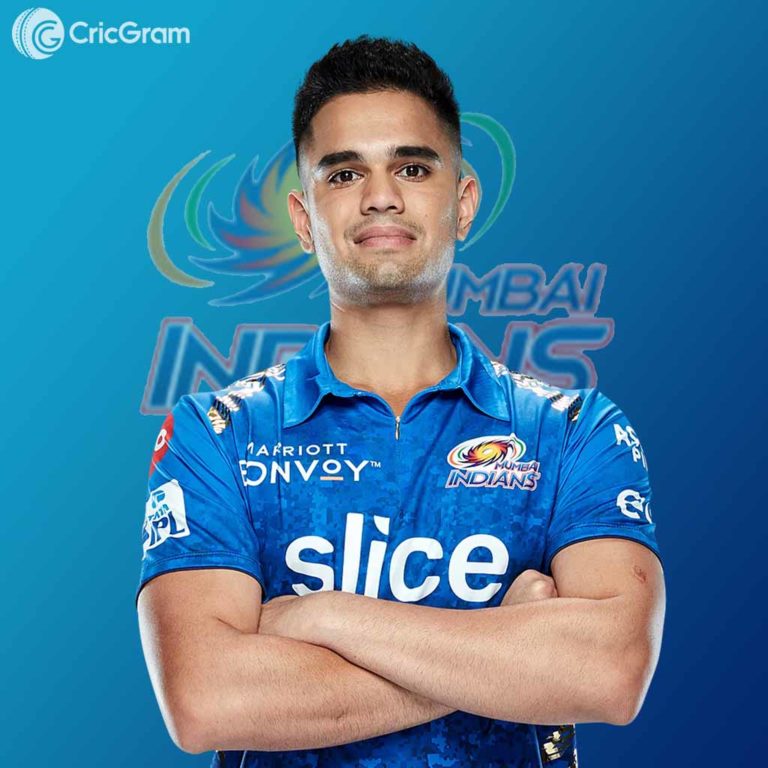 Arjun Tendulkar is an Indian cricket bowler, and he is the son of Sachin Tendulkar, who is the god of cricket, currently, he is part of the Mumbai Indians team in IPL since the year 2021.

Arjun Tendulkar Biography: Arjun was born on 24 September 1999 in the city of Mumbai, and is more famous due to his father Cricketer Sachin Tendulkar.

Arjun Tendulkar India’s rising fast bowler who took the wicket in his T20 debut. He is mainly known for playing domestic cricket for Mumbai and IPL for Mumbai Indians. And he was selected for the first time in the Indian Premier League in the year 2021 for his base price of 20 lakhs.

Arjun Tendulkar was bought by Mumbai Indians for Rs.30 lakh in the Indian Premier League 2022 (IPL 2022) mega auction in Bengaluru.

Although everyone already knows about Arjun’s family, but still for the information, let us tell you that his father’s name is Sachin Tendulkar, who was a famous cricketer of India, and he is known as the God of Cricket all over India. And his mother’s name is Anjali Tendulkar while her elder sister’s name is Sara Tendulkar who is a doctor and she has completed her medical studies at London University. And his grandfather’s name is Ramesh Tendulkar.

Arjun also remains more in the media headlines due to his height because his height is much more than his father Sachin Tendulkar, where Sachin’s height is only 5 feet 4 inches, while his son Arjun Tendulkar’s height is 6 feet 3 inches.

He has learned all the tricks of his cricket bowling from his cricket coach and former Indian fast bowler Subroto Banerjee and Atul Gaikwad.

On the other hand, if we talk about Arjun’s cricket career, he started playing cricket at the age of 12 to 13, but he was selected in Under-19 in the year 2018 when he was turning 19 years old.

Arjun made his debut in Under-19 cricket in the year 2018 against the Sri Lanka Under-19 team, and he was not selected in the Under-19 World Cup because he was too old.

At the same time, he made his debut in T20 cricket on 15 January 2021 with the Syed Mushtaq Ali Trophy against the Haryana team in which he took one wicket for 34 runs in 3 overs. By the way, he has got a chance to play only two T20s domestic cricket so far in which he has taken two wickets by giving runs at an economy of 9.38.

He was selected for the first time in the Indian Premier League in the year 2021 and he was included in the Mumbai Indians team with his base price of 20 lakhs. But he was ruled out of the entire IPL season after a few days due to an injury in the practice match itself and he did not get a chance to do IPL debut.