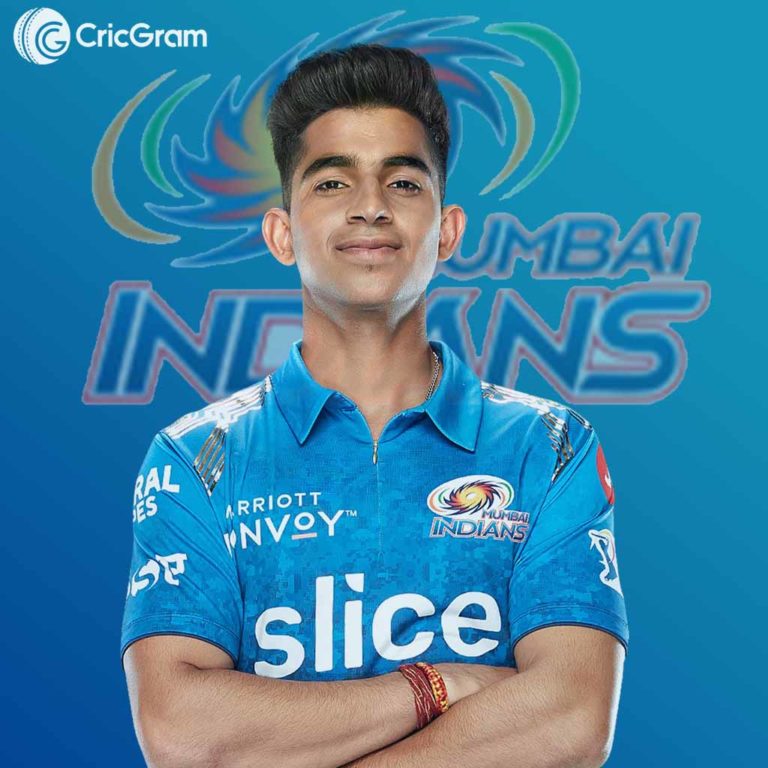 Hrithik Shokeen is an Indian right arm off break spin cricket bowler who plays in the domestic cricket of Delhi, and has been a part of the Mumbai Indians team in the Indian Premier League since the 2022 season.

Hrithik Shokeen Biography: Shokeen, who won the hearts of the cricket audience with his spin bowling in the IPL debut match, was born on 14 August 2000 in Delhi, India, his full name is Hrithik Rakesh Shokeen, and he is mainly known for playing IPL and domestic cricket.

On the other hand, if we talk about his family, then no information about his parents has been shared on the internet yet, but his father’s contribution is huge in making him a cricketer.

Shokeen plays as a spinner bowler in his team and his bowling style are Right-arm Offbreak. And he is known as a wicket-taker-off spin bowler.

He started playing cricket at the age of 7 to 8 and joined the cricket academy, initially he wanted to play as a batsman but due to his cricket coach, after seeing his bowling, his coach asked him to bowl practice, and then at the behest of his cricket coach, he became a spin bowler.

He made his debut in Under-19 cricket in the month of February 2019 against the South Africa Under-19, and he has taken 10 wickets in two Under-19s Test matches.

Shokeen made his List A debut on 20 September 2019, playing against the Bdesh U-23s team, and has played only eight list cricket matches so far, in which he has taken 8 wickets at an economy of 4.92.

He has been selected for the IPL in the season of 2022, and he has been included in the Mumbai Indians team by paying his base price of 20 lakhs, and he played his IPL debut match against Chennai Super Kings (CSK) on 21 April 2022. In which he gave 23 runs in 4 overs, unfortunately, he did not get any wickets in his debut matches.

He has been playing domestic cricket since Feb 2019 with the Delhi & Under 19s, 23s team, and he has taken many wickets for his Domestic team, so let’s see his ‘Hrithik Shokeen stats‘.

At the same time, if you want to follow Shokeen on their official social media handles then you can follow them on their Hrithik Shokeen Instagram.