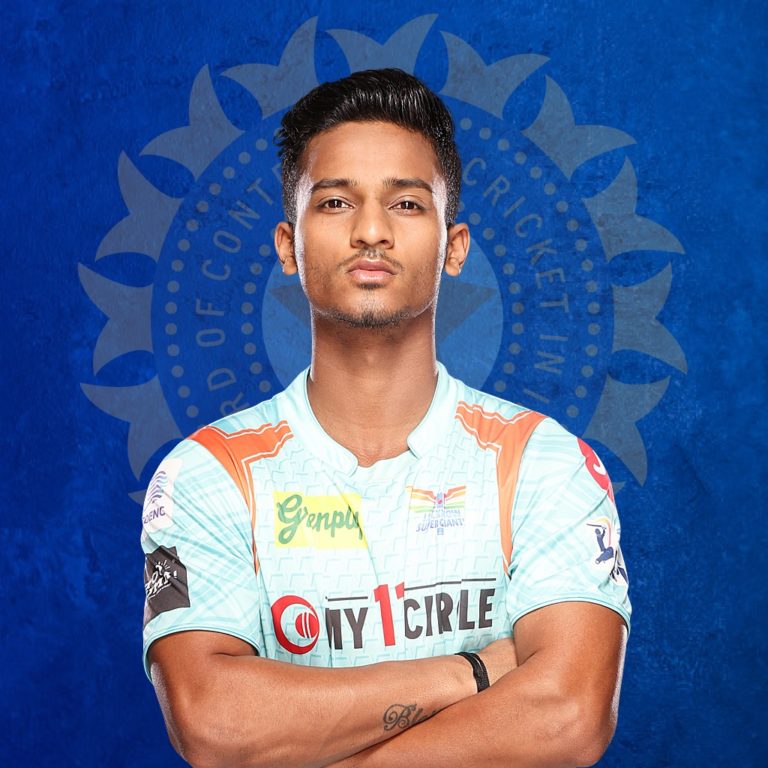 Before that, for your information, let us tell you that, Badoni is one of those Indian players who had scored a half-century in his IPL debut match and attracted the attention of the audience. And he is primarily known for playing short format cricket, he made his T20 debut for Delhi on 11 January 2021 in the Syed Mushtaq Ali Trophy.  And since then he has been a part of the delhi domestic T20 cricket continuously.

Ayush Badoni Biography: Famous emerging Indian cricketer ‘Ayush Badoni’ who scored a half-century in his debut IPL match, was born on 3 December 1999 in Delhi city, India, and now he is just 23 years old.
And he is mainly known for playing domestic cricket and t20i cricket and IPL.  And he is part of the Lucknow Super Giants team in the Indian Premier League since the year 2022.

If we talk about Ayush’s family and his girlfriends, then till now he has not shared any information about his family and his girlfriends on social media nor anywhere.  In such a situation, if you also want to know about Ayush Badoni’s girlfriend, then you will have to wait a little longer for this, as soon as any news about this comes on social media or any other platform, then we will inform you as soon as possible.

He started his cricket career at 15 years, and when he passed his tenth class, After that, he joined the Cricket Academy of Delhi, and from there he took professional training of cricket under his coach.  And after that, he started playing short format cricket at the domestic level.

He has not got a chance to play any first class cricket match So far, at the moment he is only part of the short format cricket team.

He has not got a chance to play any List A cricket match till now.

In this year’s IPL Mega Auction 2022 auction, the new IPL team Lucknow Supergiants has included Ayush Badoni in their team, and he played his IPL debut match against Gujarat Titan on 28 March 2022.  And he scored a half-century in the IPL debut match, in which he has hit 4 fours and 3 sixes.

He has been playing domestic cricket since Jan 2021 with the Delhi team, and he has made many runs for the Delhi domestic team, so let’s see his ‘Ayush Badoni stats‘.

Some Unknown facts about Ayush Badoni