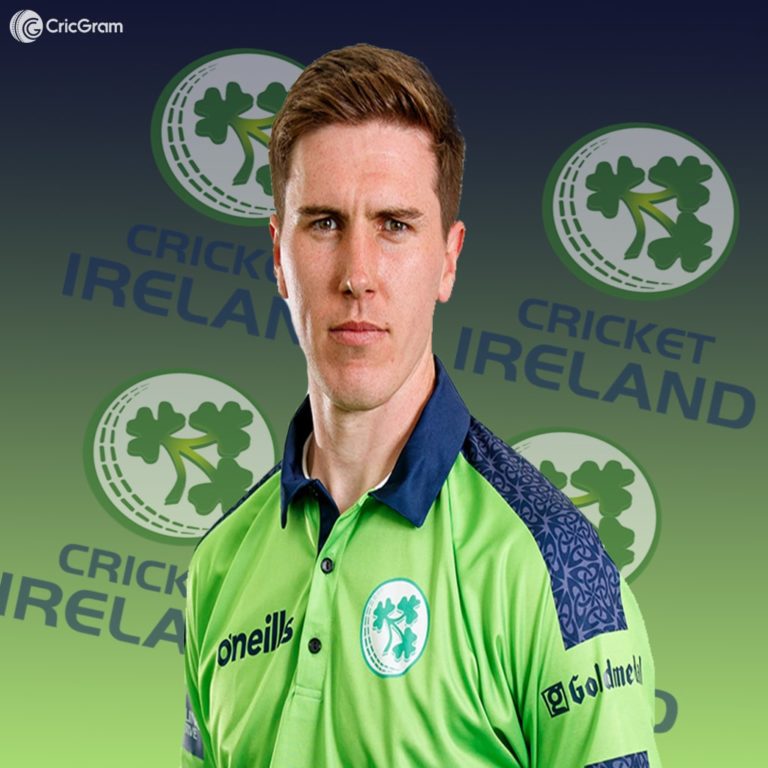 Conor Olphert is Ireland’s rising famous cricketer, and he started playing cricket professionally in the year 2020, after that he was selected in the Ireland international team as a net bowler in January 2021 in Ireland v/s Afghanistan series.

And he made his debut in international cricket in June 2022, playing against the India team.

Conor Olphert Biography: Famous Irish cricketer of white-ball cricket, Conor Olphert was born on 28 December 1996 in Dublin, Ireland, and he is mainly known to play domestic cricket for the North-West Warriors team and international T20I and ODI format cricket for Ireland Team.

On the other hand, if we talk about his family and education initiation, then his father’s name is DM Olphert, who is a former Irish cricketer player, apart from this information about his mother and any other family member has not been shared on the Internet.
And he has completed his early schooling from Strabane High School.

He started playing cricket professionally with the North West Warriors domestic team in the year 2020, after that in January 2021 he started international cricket as a net bowler. So let’s know about C Olphert Cricket Career & Debut.

He started playing List A and T20s cricket for the North West Warriors domestic team since the year 2020. so let’s see about C Olphert Domestic Cricket debut & career.

He made his List A debut on 28 September 2020 against the Leinster team and has got a chance to play only 6 List A cricket matches so far in which he has taken 9 wickets by giving runs at an economy of 5.41.

At the same time, he made his T20s debut on 18 September 2021, playing against the Reds domestic team, and has got a chance to play only 6 T20 cricket matches so far in which he has taken 11 wickets by giving runs at an economy of 7.30.

on 11 January 2021, He was selected for the first time in the Ireland international team as a net bowler in the series played against the United Arab Emirates and Afghanistan team.

After that he has been included in the India v/s Ireland T20I series in June 2022.