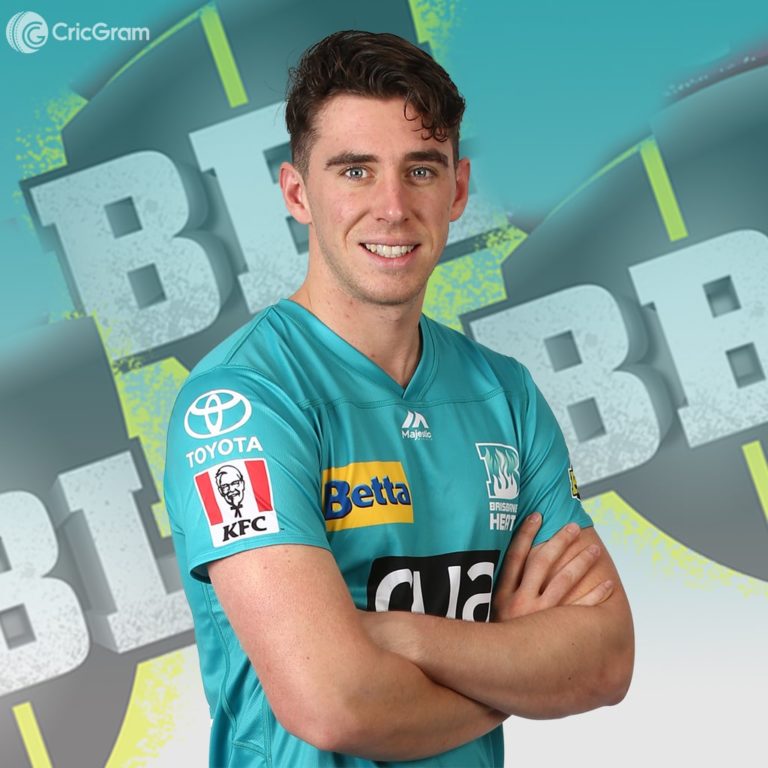 Dan Lawrence is an English International cricketer who has represented England in Tests. He plays for the Brisbane Heat in the Big Bash League (BBL) and the London Spirit in The Hundred League.

Dan Lawrence is a right-handed batsman who can also bowl some off-spin occasionally and is known for playing Test Cricket for England. He is also one of the top players in the English Domestic Circuit.

Lawrence started playing his club cricket for Chingford Cricket Club and after some impressive performances at the Youth level, He was roped into the Essex squad.

He made his first-class debut for Essex against Kent on 19 April 2015 at Chelmsford. Lawrence did not have a debut to remember as he was dismissed for low scores of 10 & 3. In his second game against Surrey, he smashed his maiden first-class century and also became the third-youngest player to score a century in county cricket at the age of 17 years and 390 days.

In the same year, Lawrence also made his T20 Debut for Essex against Surrey on 16 May 2015 at Chelmsford in the NatWest T20 Blast. He opened the innings and was dismissed for 3 runs on his debut. In December 2015, Lawrence was also part of the 2016 ICC Under-19 World Cup.

In 2016, Lawrence made his List A debut for Essex against Hampshire on 5th June 2016 in the Royal London One-Day Cup. He again did not have a debut to remember as he was dismissed for just 3 runs batting in the middle-order.

In 2017, Lawrence was named the Cricket Writers’ Club Young Cricketer of the Year. It is an award which is given to the best youngster in County Cricket. In the same year, Lawrence also represented England Lions.

In April 2022, Lawrence was part of The Hundred competition in England and was part of the London Spirit squad.

Lawrence was picked up for the Brisbane Heat as an overseas player as a replacement for Tom Banton. He made his BBL debut for the Heat against the Melbourne Stars on 11 December 2020.

Lawrence batted in the middle-order and was unfortunately run out by Hilton Cartwright for just 8 runs on his debut. Talking about his BBL stats, Lawrence has played only 4 games in the competition so far and has scored 41 runs with his best score being 20.

After a few ups and downs in his career, Lawrence finally received his maiden England call-up. In December 2020, He was named in the England test squad for their tour to Sri Lanka.

He made his debut in the first test against Sri Lanka on 14th January 2021 at Galle. Lawrence was outstanding on his debut and scored 73 & 21* in his 2 innings and straightaway made a mark in the international circuit.

Lawrence was then a regular member of the side for their tour to India. He picked up his maiden test wicket against New Zealand in the second test at home. He was also part of the 2021-22 Ashes series against Australia but did not feature in any of the games.

In February 2022, Lawrence registered his best score of 91 against the West Indies at Barbados and missed his century by just 9 runs.