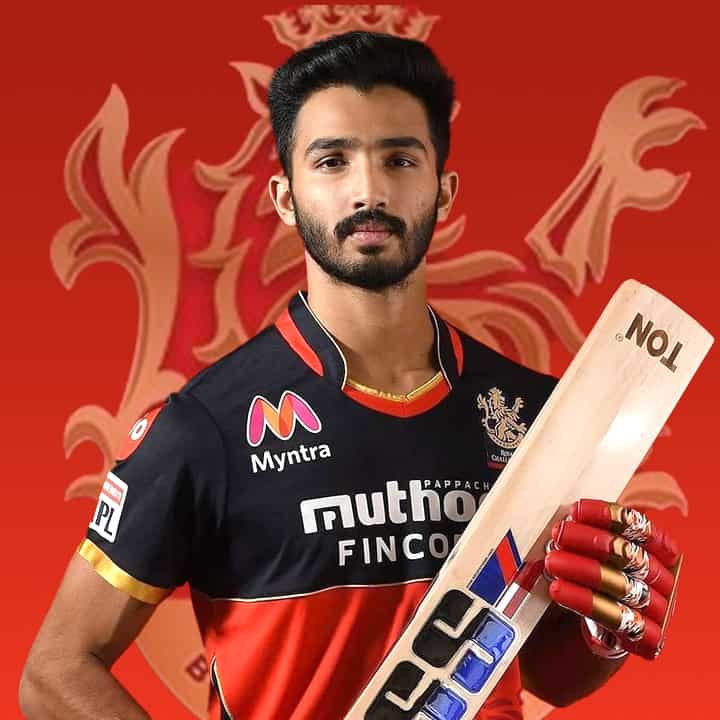 Devdutt Padikkal (born 7 July 2000) is an Indian Cricketer who plays for Karnataka in Domestic Cricket and plays for Royal Challengers Bangalore in the IPL.

Paddikal caught eyeballs when the Bellary Tuskers picked him in the KPL draft. During KPL 2017, Paddikal played a brilliant knock of 72 runs against Bengaluru Blasters, which again impressed everyone.

The left-hander then made his first-class debut a year later in the 2018-19 Ranji Trophy against on 28 November 2018.

Paddikal was also part of the U-19 Asia Cup, which India won. He smashed 183 runs in his four games at an impressive average of 45.75. He played his best knock against UAE, where he scored 121 runs.

The 2019-20 domestic season was his breakthrough season. Paddikal smashed 58 runs in his first game in the Vijay Hazare Trophy against Jharkhand. He also scored his Maiden List A century against Saurashtra. D Paddikal continued his good form against Goa as well, where he scored a brilliant unbeaten century.

He again showed his brilliance in the 2020-21 domestic Season. He created history by scoring 737 runs in his seven innings in the 2020-21 Vijay Hazare Trophy, and also became the second-highest run-scorer in a single edition of the Vijay Hazare. He notched up four centuries and 3 half-centuries in his seven innings with his highest score being 152.

He also did a brilliant job in the T20s. He smashed 218 runs in his 6 innings in the 2021 Syed Mushtaq Ali Trophy, with his best score being 99*. Paddikal’s consistent performances in the domestic circuit and brilliant numbers suggest that he is not far away from representing the senior team.

After his impressive performances in the age group cricket and domestic circuit, he was picked up by his home franchise, Royal Challengers Bangalore, ahead of the 2019 IPL Season. Unfortunately, he did not get any opportunity in the 2019 IPL Season.

After his outstanding 2019-20 domestic season, Padikkal was part of the starting XI in the 2020 IPL Season which was played in Dubai. He showed his brilliance in his debut game itself by scoring a match-winning half-century against Sunrisers Hyderabad.

Padikkal smashed 412 runs in his 12 games and also became only the second uncapped player in the history of the Indian Premier League to score 400 runs in a season.

He also registered his maiden IPL century in the 2021 IPL season against Rajasthan Royals at Wankhade Stadium, Mumbai. Padikkal scored 101 runs from 52 balls and won the match for his team single-handedly.

Devdutt has so far scored 668 runs from his 21 games with an impressive average of 33. He is currently one of the most important players of the franchise and will hope that he performs the same for the team in the coming years.

His brilliant numbers in the IPL suggest that he is a player to look out for in the future for the national team as well.