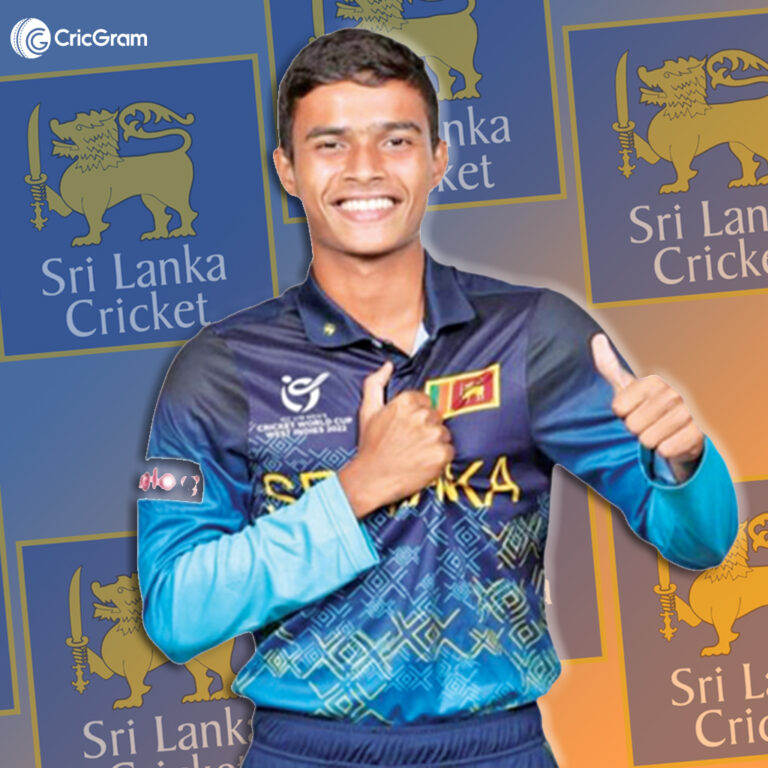 Dunith Wellalage is a famous rising Sri Lankan international bowler cricket player Who started playing cricket professionally in the year 2019, and he is a part of only Short formats (ODI & T20i) of international cricket of Sri Lanka national team.

And After that, seeing his consistent good performances in country club cricket, At the age of 19, Sri Lankan Cricket Board included him in the Sri Lanka ODI National team in the Match against Australia in the year 2022. And he made ODI debut on 14 June 2022 in the match of Australia vs Sri Lanka at Pallekele.

20 years old, one of the rising famous Sri lankan bowler cricketer Dunith Wellalage was born on 9 January 2003 in Colombo, Sri Lanka. And he is mainly known for playing International Cricket, Country club Cricket and Sri Lanka Premier League Franchise Cricket from the year 2022. And he has started playing domestic cricket in August 2019 while international cricket from June 2022.

He is known to play as a bowler cricket player in his team, and his bowling style is Slow Left arm Orthodox. And he is especially known to bowl after powerplay of the match.

Wellalage started playing domestic cricket with the Lankan Cricket Club team in the year 2019 and got a chance to play in First-Class cricket for the first time. And he made FC debut on 09 May 2019 in the match of Lankan CC vs SL Navy at Welisara.

After Seeing Wellalage’s consistent performances in all three formats of domestic cricket, For the first time, Sri Lanka Cricket Board decided to include him in the Sri Lanka National Team in the year 2022.

And he was included in ODI International cricket for the first time and he made ODI debut on 14 June 2022 while playing against the Australia team, after that he also got a chance to debut in Test International Cricket in the same year 2022.

And he has got a chance to play only 6 ODI cricket matches so far in which he has taken 9 wickets by giving runs at an economy of 5.51.

And he made Test International debut on 24 July 2022 in the match of Pakistan vs Sri Lanka at Galle, and he has got a chance to play only debut cricket matches so far in which he has taken zero wickets.