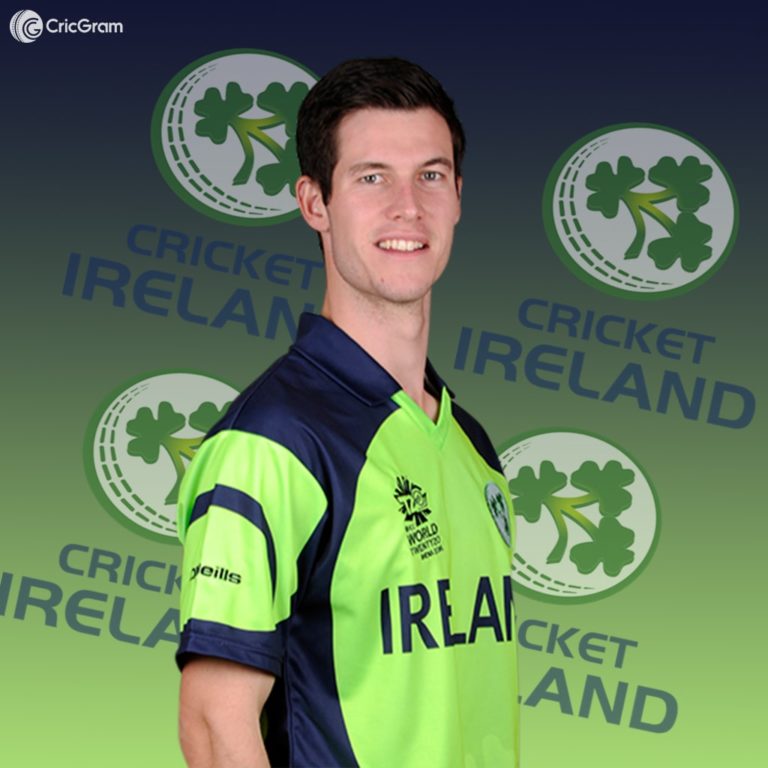 George Dockrell Biography: Famous all-rounder Irish cricketer George Dockrell was born on 22 July 1992 in Dublin, Ireland, his full name is George Henry Dockrell, and he is mainly known for playing ODI and T20I cricket matches for the Ireland team since 2010.

If we talk about George’s family, then not much information about his family has been shared on news media, social media, or any other platform yet. As soon as any information comes about this, you will be informed soon.

He plays as an all-rounder cricket player in his team and his bowling style is Slow Left-arm Orthodox while his batting style is Right-hand Bat.

He made his Test debut on 15 March 2019 while playing against the Afghanistan team and he got a chance to play only one Test cricket match so far, in which he took 2 wickets.

At the same time, he made his ODI debut on 15 April 2010, playing against the West Indies team, and he has got a chance to play 99 ODI cricket matches so far in which he has scored 772 runs with the help of two half-centuries, and with good bowling, he has also taken 93 wickets by giving runs at an economy of 4.77.

And then, he made his debut in international T20I cricket on 1 February 2010, playing against the Afghanistan team, and he has got the chance to play 93 T20I cricket matches so far in which he has scored 445 runs at a strike rate of 121.91. And has also taken 76 wickets by giving runs at an economy of 7.12 with his bowling.