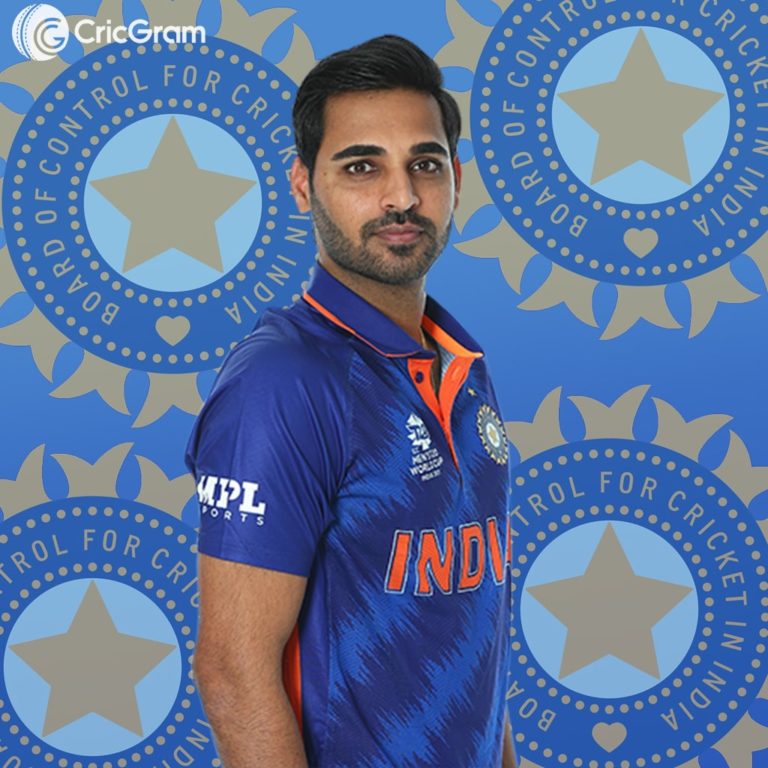 Bhuvneshwar Kumar is a famous swing bowler cricket player from India, and he has been playing domestic cricket for Uttar Pradesh team since 2007 while part of Indian international cricket team since 2012. And he is known for playing as a bowler in all three formats of cricket (ODI, T20I & Test).

If we talk about Bhuvi’s family, his father’s name is Kiran Pal Singh (Deputy Inspector) while his mother’s name is Indresh Singh (Housewife). And his sister’s name is Rekha Adhana (Elder).

Bhuvi is married to Nupur Nagar in the year 2017, and his wife is an engineer working in Multinational Corporation (MNC) in Greater Noida. And in the year 2021, both of them gave birth to a daughter.

He was selected for the first time in India’s international team in the year 2012, and he started his international cricket career with short-format cricket, so let’s see about bhuvi International Cricket Debut & Career.

He made his Test debut on 22 February 2013 against Australia and has played only 21 Test matches so far, in which he has taken 63 wickets by giving runs at an economy of 2.94.

He made his One Day International debut on 30 December 2012, playing against the Pakistan team, and has played 121 ODI cricket matches so far in which he has taken 141 wickets by giving runs at an economy of 5.08.

At the same time, he made his debut in T20I international cricket on 25 December 2012, playing against the Pakistan team, and he has got a chance to play 64 T20I cricket so far in which he has taken 64 wickets by giving runs at an economy of 6.93.

And he has got a chance to play 146 IPL cricket matches so far in which he has taken 154 wickets by giving runs at an economy of 7.3.