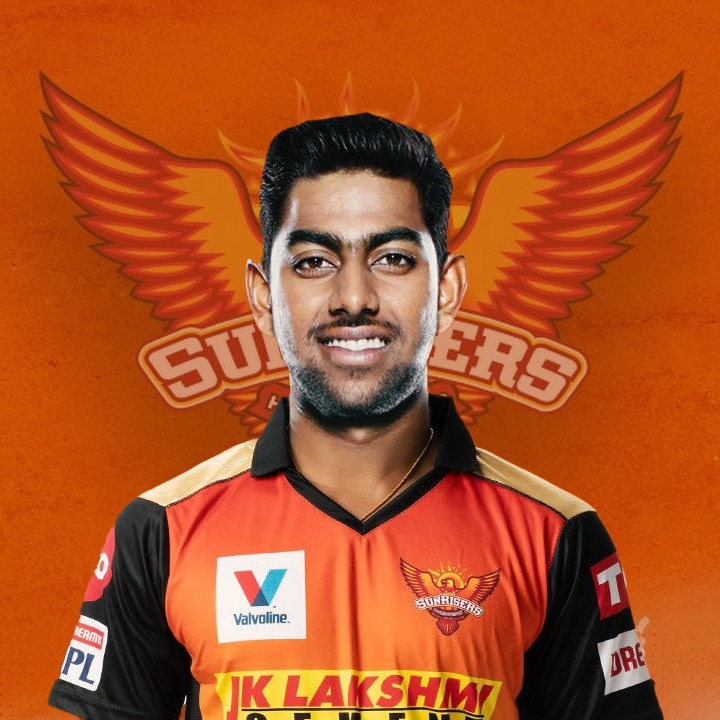 Jagadeesha Suchith (born16 January 1994) is an Indian Cricketer who plays for Karnataka in Domestic Cricket and plays for Sunrisers Hyderabad in the IPL.

Suchith started playing cricket at a very young age and has represented Karnataka in many age-group levels. He has played for Karnataka Under-15s, Under-16s, Under-19s, and many more. Suchith got his domestic break in the 2014-15 domestic season. He made his first-class debut for Karnataka against Bangladesh on September 22, 2015. On his debut, Suchith contributed both with bat and ball. He smashed crucial 41 runs in the first innings and also bowled brilliantly by picking up 6 wickets in the second innings.

Later, he also made his List A Debut for Karnataka against Punjab on November 25, 2014. He bowled decently on his debut and picked up 1 wicket from his 8 overs. Suchith also emerged as one of the standout bowlers for Karnataka in that season of the Vijay Hazare Trophy as he picked up 12 wickets in that season. He also played brilliantly in Karnataka Premier League in 2016 and smashed the fastest half-century of the tournament in 2016.

His ability both with the bat and ball also earned him an IPL contract with the Mumbai Indians in the year 2015.

Jagadeesha Suchith was picked up by the Mumbai Indians for the 2015 IPL Season for INR 10 lakhs. Interestingly, he was part of the IPL even before making his first-class debut as he was picked on the basis of his performances in the Karnataka Premier League (KPL). In his very first season, Suchith picked up 15 wickets from his 13 games and impressed everyone. He was with the franchise for two years but did not get adequate opportunities after the 2015 season.

In 2019, he was part of the Delhi Capitals as a replacement for Harshal Patel who was injured. In 2020 Suchith was traded to the Punjab Kings but did not get any opportunity to feature in the Playing XI. In 2021, he was picked up by the Sunrisers Hyderabad for INR 30 lakhs at the auction table. He played an important role for the team against a league stage game Delhi Capitals where he scored a few quick runs and managed to take the game to a super over.

Suchith has totally played 17 IPL games and has picked up 12 wickets at an economy rate of 8.88. He is expected to play a crucial role for the franchises with the ball in the coming years.