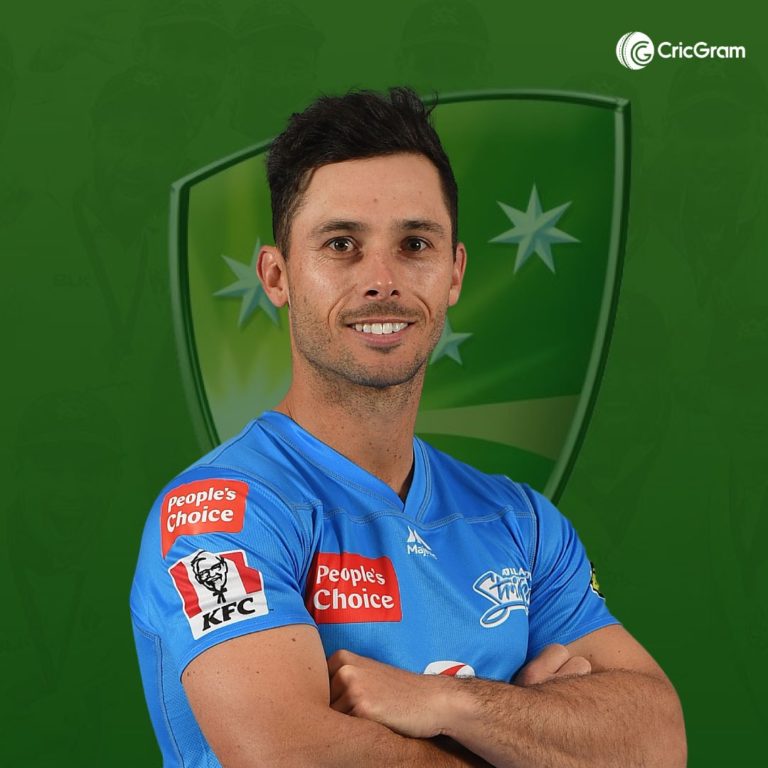 Jonathan Wells (born 13 August 1988) is an Australian international cricketer who plays for Western Australia in Domestic Cricket and Adelaide Strikers in the Big Bash League.

Jonathan Wayne Wells is an Australian middle-order batsman who is one of the key batsmen for Adelaide Strikers in the Big Bash League and Western Australia in Domestic cricket.

Wells is from Tasmania and has played club cricket for Tasmania. He was also part of the Tasmanian U17 side in 2004-05 and also won the National U17 ‘Player of the Championships’ in 2005.

His impressive performances also led to his selection in the 30 man squad of Australia for the ICC U19 World Cup in 2006. He was then also part of the Tasmanian Second XI in the 2005-06 season.

After years of consistent performances at the age-group level and also for the second XI, Wells finally made his debut for Tasmania in the 2008-09 season against New South Wales.

Wells was run out for 4 runs in the first innings but played a decent knock of 46 runs in the second innings.  He totally played six games that season and looked very good. His 85 against New South Wales and 98 against Victoria were the highlights of the season for him.

Wells then was a regular member of the team but his string of poor performances failed to secure a permanent spot in the XI.  In 2010, he also made his List-A debut for Tasmania.  He did not have a great debut and was dismissed for 16 runs.

Wells scored his maiden List-A century in the 2011-12 Ryobi Cup being 121 not out. Even though he improved a lot he was not on the Tasmanian contract list in 2012. After some fantastic performances in the grade cricket for Tasmania and also the Big Bash League he again made his way back into the senior team in 2014-15.

In 2015-16 he started playing for Western Australia and was part of the squad in the Matador One Day Trophy and also played a couple of Sheffield Shield games for them.

He is now a regular member of Western Australia and also one of the most experienced players in the Australian Domestic Circuit.

Talking about his numbers, Wells has scored 2365 runs from his 56 FC games which also includes 3 hundred and 8 fifties. His List-A numbers are not bad either and have scored 734 runs from his 32 games at an average of 31.91.

Wells made his BBL debut in the 2010-11 season for Tasmania (now Hobart Hurricanes). He scored an impressive 51 not out on his debut and caught the attention.

He was very consistent in the league and also secured his place in the XI in the third season.

Wells then later played for Adelaide Strikers and was the highest scorer for them in the 8th edition of the league by scoring 359 and averaging 44.

He is currently the backbone of Strikers’ middle-order and is very strong technically. Wells has played 105 BBL games and has scored 2333 runs at a decent strike rate of 122.47.