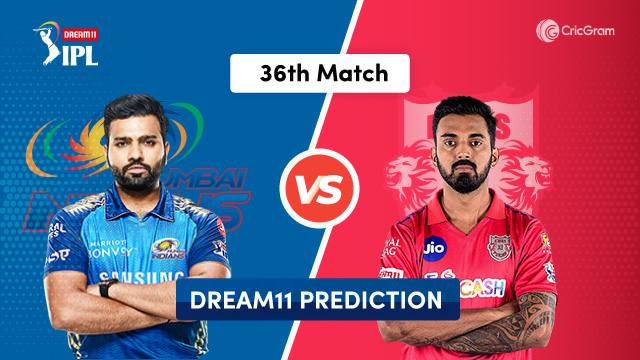 Mumbai Indians are having a great time as they are currently at the 1st position on the points table with 6 wins and 2 losses and a total of 12 points.

They are one of the strongest teams in IPL so far as they have performed well in all the departments. MI is looking like the Australian team in the 2000s, as they have finished of ever match clinically without taking any risk.

Rohit Sharma and Quinton de Kock have been playing brilliantly, giving a good start, and adding that Suryakumar Yadav has also been performing well at NO.3, which makes the top-order look impenetrable.

Ishan Kishan, Hardik Pandya, and Kieron Pollard have been playing big shots and giving the finish that Indians require and to add that Krunal Pandya is also looking in good form with the bat in this season.

Their pace bowlers Trent Boult and Jasprit Bumrah have been picking up wickets consistently in ever match. James Pattinson has been rested for a few matches to manage the workload. Krunal Pandya and Rahul Chahar have been performing their role in the middle overs brilliantly.

Mumbai Indians need not make any changes and perform the way they have been doing so far, and they will easily qualify for playoffs.

The Kings XI, after 5 consecutive losses, has finally won a match. They are currently at the bottom of the points table with 2 wins and 6 losses and 8 points.

With the return of Universal Boss Chris Gayle into the team and batting at NO.3, the team’s middle-order looks balanced. KL Rahul and Mayank Agarwal have been the most consistent opening pair so far in this season. With Nicholas Pooran and Maxwell at the 4th and 5th batting positions, they have got many firepowers.

Their bowling line-up looks a little weak, with only Shami and Jordan being the experienced players. Arshdeep Singh has been bowling well, but he still lacks the experience to bowl in death overs. Bishnoi and Murgun Ashwin have been impressive so far in picking up wickets and controlling the runs’ flow.

Punjab is looking to be a well-balanced side now and can perform against a team. But it won’t be easy for them in their next match as Mumbai Indians are in top form, and to defeat them, it would require a considerable effort.

There are still chances for KXIP to qualify for the playoffs if they continue to win all their remaining matches.

Average 1st Innings Score: 176 (From 14 games played at this venue so far in this season)

Average 2nd Innings Score: 149 (From 14 matches played at this venue so far in this season)

Anything over 160 in the 1st innings can be considered to be a fighting total. Total 14 matches played here so far in Dream11 IPL 2020. The team batting first has won 12 games, out of which super overs decided two games.

Skipper Rohit Sharma is a destructive batsman and generally opens the inning for MI. He scored 35 runs in the last match.

He is the wicket-keeper batsman for the team and generally opens along with Rohit. Quinton scored 78* runs from just 44 balls in the last match.

He generally bats at NO.3 in the team. Surya scored only 10 runs in the last match.

Boult is very dangerous and one of the top bowlers across the world. He is a left-arm bowler who can swing the ball early in the inning and controls the flow of runs in death overs. Boult bowled well, picking up 1 wicket in the last match.

He is one of the best bowlers in the world. Bumrah picked up 1 wicket in the previous match.

He is a match-winning allrounder and has performed for the team with both bat and ball. Pollard did not get to bowl or bat in the last match.

He is a right-arm fast bowler. Coulter-Nile played 27 IPL matches and took 37 wickets.

He is one of the top allrounders in India. Hardik Pandya scored 21* runs in the last match.

He is a right-arm leg-break bowler and has been consistently picking up wickets this season. Chahar picked up 2 wickets for just 18 runs in his 4 overs in the last match.

Skipper Rahul opens the innings for the team. He can play the shots right from the start of the inning and has two IPL hundreds to his name. Rahul batted well, scoring 61* runs from 49 balls in the last match.

He is a decent striker of the ball and plays according to the situation of the match. Agarwal played well, scoring 45 runs in the last game.

He is the most destructive batsman in the history of IPL and can cause havoc if he gets going. Gayle batted well in the last match scoring 53 runs.

A left-handed wicket-keeper batsman can play destructive innings in the middle order. Pooran scored 6* runs in the last match.

Shami is one of the experienced bowlers for KXIP. He bowls at a good pace and is good at controlling runs in the death overs. In the last match, he was expensive but managed to pick up 1 wicket.

He is a right-arm fast bowler and can be handy with the bat in the lower middle order. He managed to pick up 1 wicket in the last match.

He is a left-arm fast bowler and has been consistent at picking up wickets. Arshdeep picked up 1 wicket in the last match.

He is a young right-arm leg break bowler and has impressed everyone with his performance. Bishnoi bowled well in the last match but went wicketless.

He is a right-arm leg-break bowler and has proved himself whenever he got a chance. Ashwin bowled well in the last match, picking up 2 wickets.