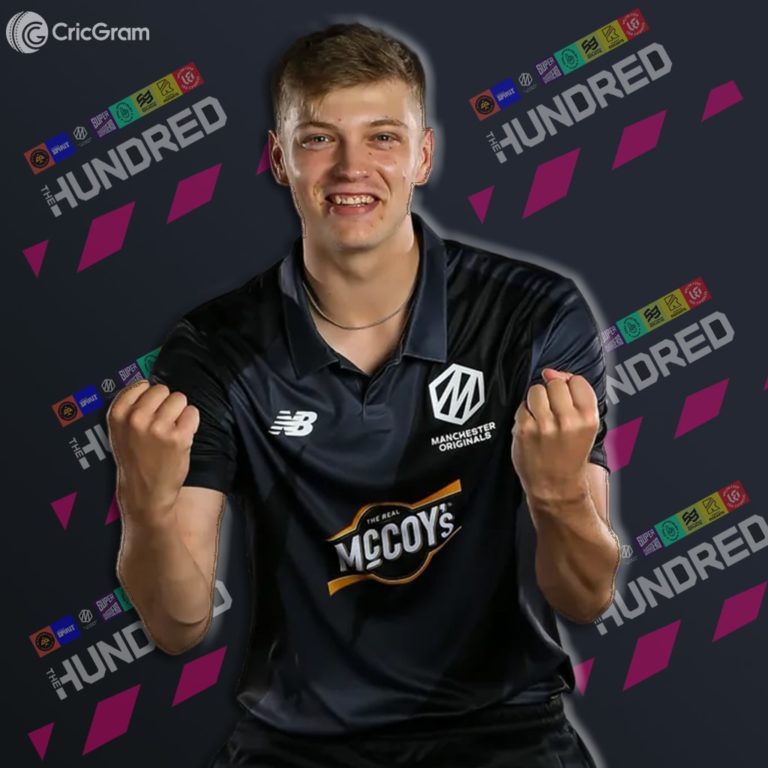 Mitchell Stanley is a 21 years-old English bowler cricket player who is particularly known for playing short format cricket and plays as a right-arm fast-medium bowler in his team.
He started playing domestic cricket for the Worcestershire team from the year 2022. And at the moment he is known to play only country club cricket and the hundred franchise cricket.

Apart from that, he is a part of the Worcestershire team in country club cricket while he is part of the Manchester Originals team in the hundred franchise cricket since 2022 the hundred season.

Mitchell started playing domestic Cricket in June 2022 with T20s Cricket. And in the same year, he was also included in the Manchester Originals team in the hundred franchise Cricket for the season 2022.

Mitchell is known for playing as a Bowler player in his team, And his bowling style is Right-arm Fast medium, and he is especially known to bowl in Mid overs of the match.

He started playing cricket professionally in the year 2022, But till now, Mitchell Terry Stanley has not been selected for the international team. So let’s see about Stanley’s domestic cricket debut and career.

He made his T20s debut on 17 June 2022 while playing against the Leics team at The Leicester. And he has got a chance to play only 6 T20s matches so far, in which he has taken 7 wickets by giving runs at an economy of 10.21.

And Apart from that, he has not got a Chance to debut in First Class & List A Cricket.

He started playing T20s Franchise Cricket with the hundred League, And, In April 2022, he was bought by the Manchester Originals (Men) for the 2022 The Hundred season.