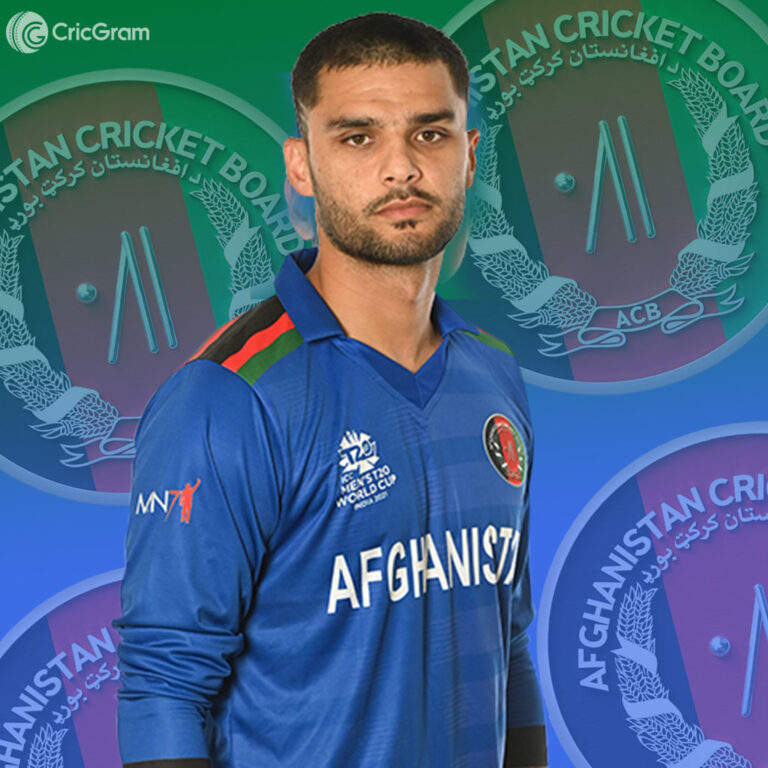 Naveen-ul-Haq is a young famous Exciting Afghanistani international opener batter cricket player who started his international cricket career in the year 2016 And he is known for playing only white balls formats of cricket for the Afghanistan national Team.

Apart from this, he is also known for playing different types of franchise cricket and has been a part of the Nangarhar Leopards team in the  Afghanistan Premier League since sep 2018. And Since November 2019, he is a part of Sylhet Thunder team in BPL Franchise cricket.

23 years – old, Afganistani international bowler cricketer Naveen-ul-Haq was born on 23 September 1999 in Kabul, Afghanistan, And he is mainly known to play Country club cricket, International Cricket and CPL Franchise cricket. And He started playing domestic Cricket in May 2016 with Short format of Cricket.

Naveen-ul-Haq is known for playing as an fast bowler cricket player in his team, And his bowling style is Right arm Medium fast. And he is especially known to bowl in Powerplay of the match.

If we talk About his cricket career then, he started playing cricket professionally in the year 2016 at the age of 16-17 years, And then, he was also selected for ODI international squad in the same year. So let’s know about Naveen-ul-Haq’s cricket career and debut.

Naveen-ul-Haq started playing Domestic cricket in the year 2016 at the age of 16-17 years. Interestingly Naveen had made his major domestic debut after representing Afghanistan in international cricket.

He made his first-class debut in the Ahmad Shah Abdali 4 day tournament representing Kabul on March 7, 2018. He made FC debut 07 March 2018 in the match of Kabul-Region vs Boost at Kunar. And he has got a chance to play only 10 First-class cricket matches so far, in which he has taken 31 wickets by giving runs at an economy of 3.59.

He made his List A debut on 25 September 2016 in the match of Afghanistan vs Bangladesh at Mirpur. And he has got a chance to play only 23 List A cricket matches so far, in which he has taken 34 wickets by giving runs at an economy of 5.94.

After seeing his impressive performances in country club cricket, Naveen was quickly drafted into the national team. The major reason for his selection was also his performance in the 2016 U19 World Cup. He made his ODI debut on 25th September 2016 in the match of Bangladesh vs Afghanistan at Mirpur. And he ended with figures of 62/1 in his 10 overs on his debut.

He made his T20I debut for Afghanistan against Bangladesh on 21 September 2019, And he had a very good outing on his debut and ended his spell of 4 overs with the figures of 2/20.