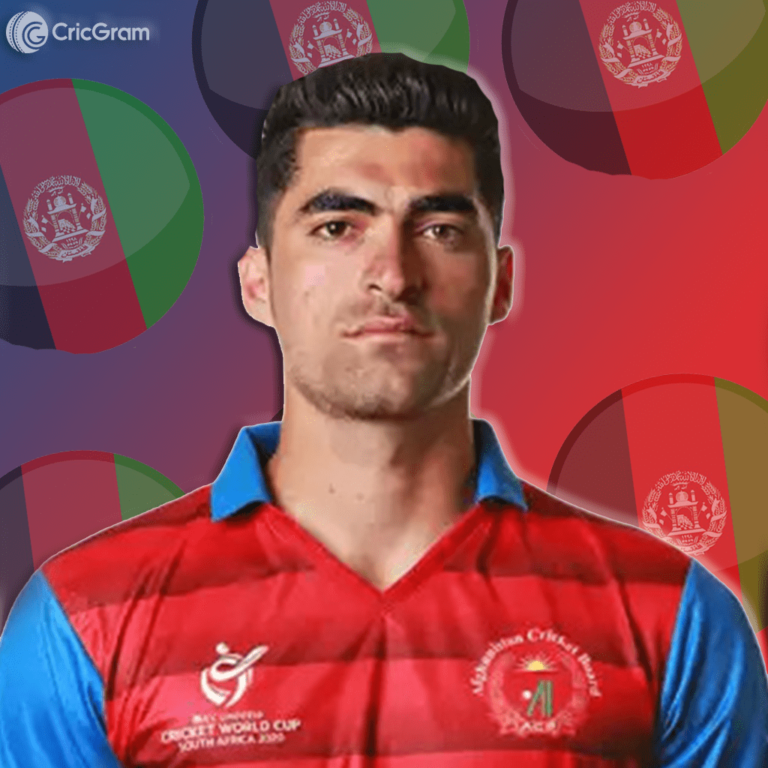 Ibrahim Zadran is a young famous Exciting Afghanistani international opener batter cricket player who started his international cricket career in the year 2019. And he is known for playing for the Afghanistan national Team in all three formats of cricket.

Apart from this, he is also known for playing different types of franchise cricket and has been a part of the Nangarhar Leopards team in the  Afghanistan Premier League since 2018.

Ibrahim Zadran Biography: 20 years old, one of the famous Afganistani batter cricketer Ibrahim Zadran was born on 12 December 2001 in Khost, Afghanistan. And he is mainly known for playing International Cricket, Domestic Cricket and Afghanistan Super League Franchise Cricket from the year 2018. And he has started playing domestic cricket in August 2017 while international cricket from September 2019.

He is known to play as an opening batter cricket player in his team, and his batting style is Right hand Bat. And he is especially known to bat in opening order position.

Ibrahim started playing domestic cricket with the Mis Ainak Region team in the year 2017 and got a chance to play in List A cricket for the first time. And he made List A debut on 11 August 2017 in the match of Mis-Ainak vs Band-Region at Khost.

After that he got a chance to debut in T20 in the same year and he made his debut in T20 cricket on 12 September 2017 playing against BEAD at Kabul, And then he debut in first class cricket on 01 March 2018 while playing for Mis Ainak Region team.

After Seeing Ibrahim’s consistent performances in all three formats of domestic cricket, For the first time, Afganistan Cricket Board decided to include him in the Afghanistan National Team in the year 2019.

And he was included in Test International cricket for the first time and he made his T20I debut on 05 September 2019 while playing against the Bangladesh team, after that he also got a chance to debut in One Day International and T20I Cricket in the same year 2019.

And he made his One Day International debut on 11 November 2019 while playing against the West Indies at Lucknow, and he has got a chance to play 5 ODI cricket matches so far in which he has scored 155 runs with the help of one centuries.

And then he made Test debut on 14 November 2019 while playing against West Indies team, and he has got a chance to play only 11 T20 cricket matches so far in which he has scored 202 runs with the strike rate of 110.98.