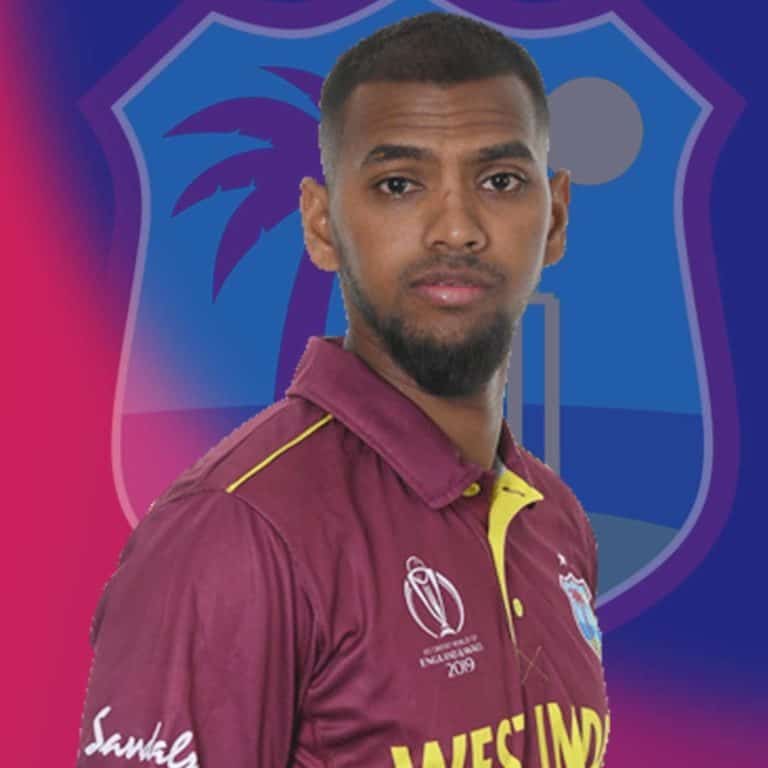 Nicholas Pooran was fond of cricket ever since his early childhood days. He used to participate in all school cricket matches actively. He was always known to break school records. The talented lad graduated from Naparima College, San Fernando, Trinidad, and Tobago.

At the mere age of 16, powerful Nicholas made his U-19 debut in the year 2013. Due to his power-pack performance, several opportunities opened for him after that.

Later in 2014, he joined U-19 World Cup as vice-captain and primary wicketkeeper. He played a wonderful inning of 303 in just six matches.

He secured 143 runs which were also the highest score in U19 ODI history against Australia.
When his team was in the tensest situation with a total of 208 all out, his memorable knock of 143 was well praised. It was term as the most under pressure match of the tournament.

He built a marvelous partnership with Barbadian Jerome Jones of 136 runs for the ninth wicket. It was indeed the highest one for the U-19.

After consecutive great performances, the young boy was becoming the talk of the town.
But things got bitter, when he suffered a chronic ankle injury in 2015, during a car accident in St.Mary’s Trinidad. Nicholas ruptured his left patella tendon and got right ankle fractured. This trauma made him disappear for almost two years.
Even the doctors were not sure if the warrior could get back on the field.

The obstacles did not seem to end for the player after that.

He was Banned for ten months as he opted to play for Bangladesh Premier League rather than continuing with the domestic season. However, Pooran became the top scorer of BPL Season18-19 by hitting 379 runs in 11 matches.

After rising from a traumatic injury, the hero made a comeback with 217 runs in 8 innings for CPL 2016. The Power-house made his T20I debut for West Indies in 2016 against Pakistan.

In 2017, Mumbai Indians bought him up at 30 lakhs, but unfortunately, he could not get a chance to play any of the matches. He was later chosen to play as a replacement for Ben Duckett for Islamabad United during Pakistan Super League 2017. Nicholas was again selected in the squad of West Indies B team for Global T20 Canada tournament. One after the other, the doors seem to open for him. He played for Sylhet Sixers team for 2018-19 Bangladesh Premier League.

In February 2019, Pooran made his ODI debut against England.

In 2019 Indian Premier League, Kings Eleven Punjab bought him for 4.2 crores with a base price of rupees 75 lakhs. He once again proved himself in all kinds of cricket formats. Pooran smashed five sixes with a total of 46 runs in 26 balls for Kings Eleven Punjab.

Pooran was one among the 15 others selected for West Indies World Cup 2019 squad. The left-handed batsman scored his first century in an ODI against Srilanka during the World Cup. He also came out to be the highest run-scorer for West Indies with a massive of 367 runs in 9 matches.

In the Trinidadian leagues, the boy plays for Clarke Road at club levels.

Nicholas was the youngest player ever to play in the CPL. N Pooran was signed for Trinidad Red Steel at CPL 2013, only at the age of 16. He scored 54 just off 24 balls in the season.