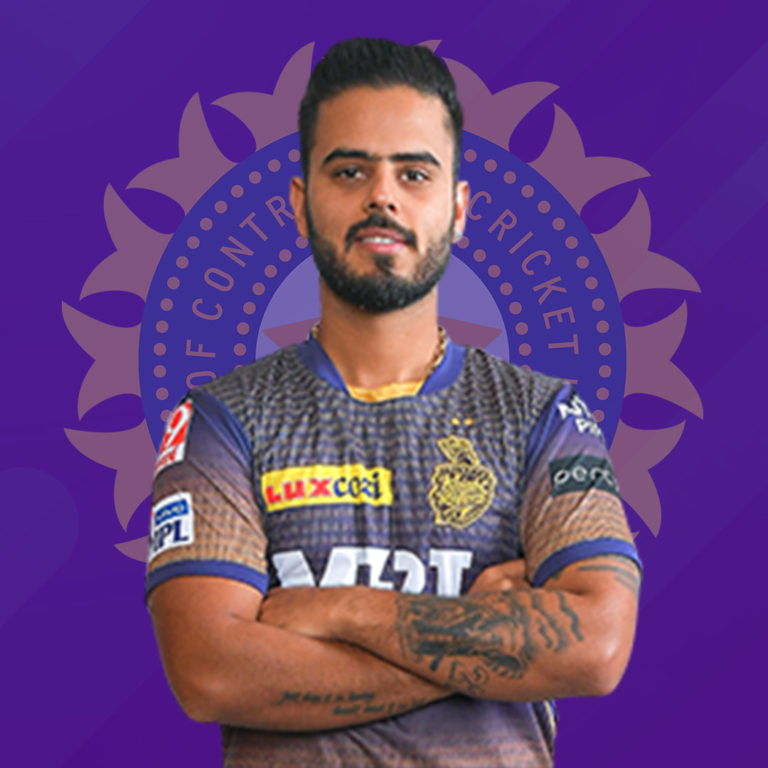 Nitish Rana (born 27 December 1993) is an Indian Cricketer who plays for Delhi in Domestic Cricket and plays for Kolkata Knight Riders in the IPL.

Nitish Rana is a talented left-handed batsman who has been very consistent in the Indian Premier League. He made his first-class debut for Delhi in the longest format in the 2015-16 Ranji Trophy against Vidarbha on October 8, 2015. Rana made an impressive 61 runs on his debut and displayed his talent. The left-hand batsman scored 557 runs in his debut season at a brilliant average of 50.63. He has scored 2266 runs from his 38 first-class games so far.

Rana made his List-A debut way back in 2013 against Assam. He scored just 2 runs on his debut but has been a consistent performer for his team in this format. Rana has 1940 runs to his name from his 58 games. The Delhi lad was also the 2nd highest run-scorer in the 2016 Vijay Hazare Trophy.

Nitish Rana’s consistent performances in the domestic circuit also earned him an IPL contract with the Mumbai Indians in 2015.

In June 2021, Rana was selected in the Indian squad for the limited-overs series against Sri Lanka on the basis of his consistent performances in the 2020 and 2021 IPL seasons. He is yet to make his debut but his selection in the squad can be regarded as a huge moment in his career. The left-handed batsman will surely be a player to watch out for in the coming years.

After his brilliance in the domestic circuit, Rana was snapped by the Mumbai Indians in the 2015 IPL auction. Rana had to warm the bench for the first two seasons. He finally made his IPL debut for Mumbai Indians against Royal Challengers Bangalore on 11th May 2016. The 2017 IPL season was his turning point as he scored 333 runs from his 13 games and made a mark on the big stage. This season completely changed his cricket Career and Nitish Rana became a household name. He was later released by the franchise in 2018.

In the 2018 IPL auction, Rana was bought by the Kolkata Knight Riders for INR 3.4 crores and has since been a crucial player for the franchise. He used to bat in the middle-order for the team but then started opening the innings from the 2020 IPL season. Rana scored 352 runs in the 2020 IPL season which proved to be another crucial moment in his career. The Delhi lad has played 67 IPL games so far and has scored 1638 runs at an average of 27.76.