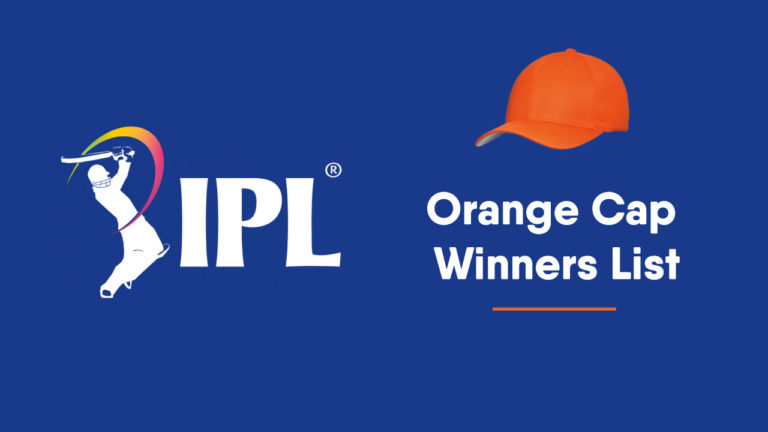 What is IPL Orange Cap?

The IPL orange cap is the award that is given to the highest run-scorer in a single season in the Indian Premier League.

This award was brought into existence on 25th April 2008. The batsman with the most runs in a season would wear the orange cap throughout the whole season and the cap keeps moving from one team to another.

The first edition of the Indian Premier League saw Shaun Marsh as the highest run-scorer. He played for the Punjab Kings in 2008 and smashed 616 runs to become the first player to win the Orange Cap in the tournament’s history. Marsh also had five fifties and 1 century under his belt in the 2008 IPL season.

The tournament’s second edition saw Matthew Hayden as the highest run-scorer in the tournament. The 2009 (IPL) was completely played in South Africa because of the general elections taking place in India at that time. The CSK batsman scored 572 runs from his 12 games. Hayden scored 5 fifties in that season and had a brilliant strike rate of almost 150.

The 2010 IPL season saw the legendary Sachin Tendulkar win the orange Cap. Tendulkar was also the first Indian to win the Orange Cap. He was also the skipper of the side. The opener scored 618 runs from his 15 matches, and his brilliant form also helped his team reach the tournament’s finals.

Chris Gayle was part of the squad as a replacement for Dirk Nannes. He opened the innings for the franchise and smashed 608 runs from his 12 games. His brilliant performances with the bat also helped his team to reach the finals of the tournament. The left-handed opener also smashed 2 centuries and 3 half-centuries with the bat.

Chris Gayle became the first player to retain the Orange Cap. The Caribbean batsman was a threat for all the seven franchises in the tournament and was just brilliant with the bat in hand. He scored 733 runs from his 15 games, with his best score being 128*. Gayle also became the first player to score 700+ runs in an IPL season. He scored seven half-centuries at a strike rate of 160 and was just brilliant the whole season.

Michael Hussey opened the innings alongside Murali Vijay and was very consistent throughout the season. Mr. Cricket scored 733 runs from 17 games and won the Orange Cap. Hussey’s 733 runs also included six half-centuries. He played a crucial role for the franchise to reach the finals.

The Gautam Gambhir led Kolkata Knight Riders saw Robin Uthappa become the first player to win the Orange Cap for their team. Uthappa scored 660 runs in that season and played a crucial role in winning their 2nd IPL title. He opened the innings alongside Gautam Gambhir and played brilliantly throughout the whole season. His tally of 660 runs also included five half-centuries.

Warner, leading from the front, scored 562 runs from his 14 games at a strike rate of 156. The Australian opener scored a bulk of runs for his team but could not take his team into the playoffs. Sunrisers Hyderabad finished sixth at the end of the tournament, but Warner was just brilliant with the bat. His tally of 562 runs also included seven half-centuries.

The Indian skipper broke almost all the records to win the Orange Cap in 2016. Kohli was at his best in his career, and he made full use of his form and smashed a record-breaking 973 runs in just 16 games and became the first player in the history of the competition to score 900+ runs in a single season.

Virat Kohli was just smashing any world-class bowler out of the park in this edition. He notched up 4 centuries in a single edition and again became the first-ever player to do so. His outstanding form helped his team reach the finals in 2016. They fell short of 8 runs in the final and lost to Sunrisers Hyderabad. Though RCB was unable to win the trophy, it was a season ruled by the Run Machine, Virat Kohli.

After 2015, Warner won the Orange Cap for the second time. He was just brilliant throughout the season and smashed 641 runs from 14 games. His 641 runs also included four fifties and a century. David Warner was brilliant with his captaincy and took his team into the top 4 but lost to Kolkata Knight Riders in the Eliminator clash.

In the absence of their regular skipper David Warner, Williamson not only led the side brilliantly but was also the highest run-scorer in the tournament. He scored 735 runs from 17 matches at a strike rate of 142. He led the team to the finals in 2018 but had to face disappointment in the finals as they lost to the Chennai Super Kings. Kane Williamson was the talk of the town in the 2018 IPL season.

After returning from his ban. David Warner made his bat do the talking as he smashed 692 runs from his 12 games. He opened alongside Jonny Bairstow, who was equally dangerous that season. Warner delivered some match-winning performances and helped his team to finish in the top 4. Though the Sunrisers did not have a great end in the season, it was certainly a season to remember for David Warner.

The Australian opener also became the first-ever player to win three Orange Caps in the history of the competition.

KL Rahul became the fourth Indian to win the Orange Cap in the Indian Premier League. The 2020 IPL season was played in Dubai because of the outbreak of the Covid-19 Virus in India. KL Rahul completely dominated the season with his bat. He scored 670 runs from just 14 games. His tally of 670 runs also included five half-centuries and a brilliant 100 against his former team Royal Challengers Bangalore.

He was also named as the captain of his team for the first time. Though the Punjab Kings did not have a remarkable season, KL Rahul certainly had a season to remember with the bat in hand. Rahul has also crossed the 500 run mark all the time from 2018.