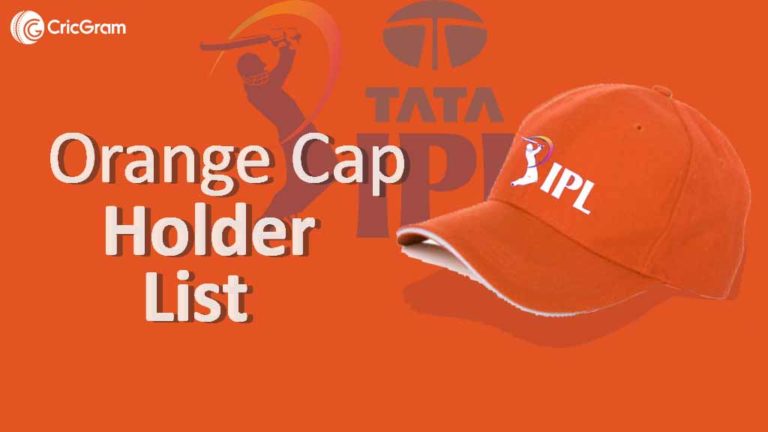 orange cap in ipl 2022 update: If you are also watching IPL season 15 this year, and are following all the news and records related to IPL, then this article is only for you, because today in this article, We are going to talk about which Batsman has won the orange cap in IPL 2022.

We are going to know about the Orange Cap holder with their name by scoring runs, and are also going to tell you which cricketer is the frontrunner in this Orange Cap race in ipl 2022, so let’s know about IPL 2022 Orange Cap Holder.

In the IPL match so far, the following batsmen are at the forefront of this race. And in this, RR’s star batsman Jos Buttler is at number one, so let’s know which batsman has this orange cap on his head so far. Here is the complete IPL 2022 orange cap table

What is the Orange cap in IPL?

orange cap in ipl is also a type of IPL award, and this award is given to those IPL players who have scored the most runs in the IPL with their batting. And this cap is given to the player at the end of every season, who has scored the most runs in the entire IPL season, and the Orange Cap is the biggest award for any batsman in the IPL. And winning this cap is the dream of all batsmen.

That’s why batsmen have to perform well along with scoring runs, only then they can become Orange Cap winners in IPL 2022.

Note: By the way, this has never happened in the IPL history of 15 years, when the batsman has scored the same runs in one IPL season.

In the first season of IPL in 2008, Shaun Marsh of Australia won the Orange Cap for the first time by scoring 616 runs.

There are only two such batsmen in IPL history who have won the Orange Cap twice, so far, and the first name comes from former star batsman of RCB and Kings Punjab, Chris Gayle, who has won this cap twice in his career, while the second name comes from Sunrisers Hyderabad’s team, whose star batsman Dawid Warner has won this Orange Cap not twice but 3 times in his IPL career.

At the same time, the famous player and Universe Boss Chris Gayle is the first batsman in IPL history to have Orange Cup in his name for two consecutive years. And he has achieved this feat in IPL seasons 2012 & 2013 while playing with the Royal Challengers Bangalore team.